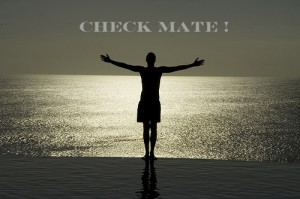 What is wrong with our world?
I am soo tired of seeing the terrible things we “civilized” beings do to one another.
[Note] Civilized
1) Bring (a place or people) to a stage of social, cultural, and moral development considered to be more advanced.
2) “a civilized society”
synonyms:enlighten, edify, improve, educate, instruct, refine, cultivate, polish, socialize, Humanize.

This is not civilized.

Our world is spinning out of control. There seems like there is nothing that can be done. The 24 hour News Channels that bombard us with reports of calamity, murder, rape, religious zealots, nuclear fear, patricide, infanticide, genocide, kidnapping, terrorism and other terrible words I can’t think of at 2 in the morning, are so irresponsible it is alarming when I really think about it. I think about it more…a lot more the older I get.

No… it’s not alarming, it’s depressing. We are losing our grasp on reality, on what’s critical to our survival. To what’s important.

I woke up just a few minutes ago and the TV in my motel room was on. The first thing I heard was screaming. I was hearing the reports on the shootings in Kenya. 39 dead. Men, women, children…dead. 39 humans…gone. Next was another suicide blast at an Iraqi wedding or funeral. (I just went back to Google to see which it was, and it’s already gone from the page) See what I mean? So easy to be forgotten…to be discarded. Yesterday’s News.

It’s easy to have our attention re-directed to other…more important things I guess.

I am 49 years old. I have lived longer than millions of people. My best friend was murdered when he was 33. I have been blessed to have the life that I am currently occupying. He left behind 4 daughters. There have been ups and downs of course, but I am much, much, more fortunate than say…people being shot on a basketball court in Chicago, or say at a Foot Locker in Nairobi, or in Afghanistan being shot by a terrorist wearing the same uniform as I am. I miss my friend. His name WAS Kirt Swann.

I bitch when the grocery store is out of cucumbers. I bitch when the fountain drink machine is out of Pepsi. I bitch when I can’t get a Wi-Fi signal that’s worth a fart. I bitch sometimes, just to bitch. But now that I am older and wiser I now follow the bitching with”At least I’m better off than lots more people”. Is that wrong…that I comfort myself by comparing to others misfortunes?

I have actually started to think public beheadings would curb crime. I have actually thought that now would be a good time for Superman to show up. I have actually thought about killing myself because I am tired of the ugliness of this world. But evidently I am a sadist and want to see what happens next. I am always disappointed that what does happen is more than what I could have imagined. I am now positive that “Ignorance is bliss”.

Would a King work? Could a dictator bring things back into order? Is Jesus really coming back? I wouldn’t if I was him. “I think that a flood is in order” says God. He knows that he promised not to sink us again, that’s what rainbows are for. But fire isn’t that big of a threat…right? We can make our own fire. We can’t make it rain though, at least not yet.

It takes a physical and mental effort to keep a positive attitude these days. The immediate information technology that we have in our hands can be a wonder, and is most definitely a distraction. I NOW know for a fact that too much information is a bad thing. Sometimes I just don’t wanna know what’s going on in other countries. I have problems of my own.

That’s right. You can’t see me. So how can I make a difference in the world? How can you? We’re not even a speck from space. We’re no longer a gleam in our father’s eye. Our gleams are fading.

But guess what? I have just realized that I’m an optimist…I reckon. As I am writing this I have been bouncing back and forth between the Web and Word. I just noticed that I was starting to get angry about all these thoughts I am having at 2:55 am on a Sunday morning. I don’t want to hate my world. I don’t wanna distrust my neighbor. I don’t want to be worried about going to a mall, or a racetrack, or a crowded place worrying about a crazy person busting caps in my ass! 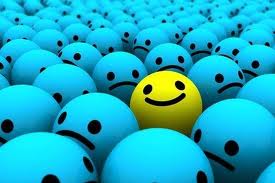 I want to make a difference. But how?

My first thought is that actions are the best way. Monetarily I am like many people on this earth that is 2 paychecks or one disaster from being homeless. Try and try as I have to be thrifty, I have never been able to be reach or maintain “comfortable”. So I can’t do much that way.

I am a truck driver. I see a lot more of the country than millions of people that never leave their city or home town. I see “Now Hiring” signs everywhere. Seriously. They are hiring everywhere! I see abandoned warehouses right next to a new one being constructed. I can never figure that out. Why build something new when you’ve got a perfectly good building right there?

My job may not seem that much to most people, but I love hauling food products. I feel like that is an important job. I am actually looking at getting a job with “Feed the Children”. It’s the one way I can feel like I am actually doing something “more” important.

I will leave you with this question:

“Why can’t it be a beautiful day…every day?

2 thoughts on “Rambling “Insomnial” thoughts @ 2 am”