This is something I wanted to write after I found out that our ever diligent and gracious friend Charles Yallowitz has been ill. I noticed that he was very inactive over a few days, and felt like a turd when I found out he was under the weather. So in my own goofy way, I am teasing him a bit and maybe get him to smile, feel more better and call me an asshole. Hope you like it Charles, and I’m glad you’re feeling better. The Crud sux! 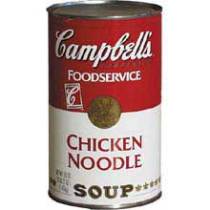 The Man was sick.

His normal state of slight dementia does not apply here.

The Man had been sick for a thousand years it seemed to him. He did not fall ill that much as a general fact, but when he did…holy buh-jeezus!

He felt so bad that he hoped Death would drop by and free him from this torment. But Death didn’t want to catch what he had so he stayed away. Death had no medical insurance and the last thing he needed was a dose of what the man’s attending physicians were calling “The Yallowitz Crud”.

The Crud is a highly contagious and aggressive little virus. It is a relatively new strain that is baffling researchers and doctors alike. They were astounded that there only seemed to be one known case. They had to keep this thing contained!

If it ever got out into population…Woe unto the The Land of WordPressia [Make sure your Virus software is active and updated].

The Man’s symptoms are some of these:

1)      He really really felt like shit. (Seriously…you know…brown, lumpy, smelly and no one wants to be near him)

2)      High fever (The only bad part is that his tongue is too swollen to use a thermometer. So his wife has to roll him on his belly and….no need to “elaborape”, but Vaseline™ was required)

4)      Headache, body aches and cramps (envision the Tin Man with no oil, an old creaky rocker, a corkscrew in each temple boring at alternating speeds….like a $3 hooker AFTER coupon night)

6)      Pillow dilemmas (The pillow tends to go from hard as a rock, to sponge, to sand-paper, then to so soft that it’s uncomfortable…and that’s only the first hour of the Crud’s onset)

7)      Dehydration, loss of appetite (Liquid? Are you kidding me? Water tastes like it came from the East River in Queens during a dredge, and he knows that any type of fruit juice only exacerbates the turkey squirts. Plus, he gets a worser headache from concentrating on the orange juice like the carton says)

“Just kill me now” he whispers to his loving wife. She gives him a smile and put’s her gloved hand on his forehead. She says lovingly “Mrmrmr mmrmrm buwooda gomagoma mrrmrmr” It’s hard to make out what she is saying thru the Bio-Hazmat hood.

The Man looks past her and see’s his young son peering around the door at his father. His big innocent eyes appear scared and worried through his little Bio-Hazmat visor. The Man thought to himself “ I know it was you that brought this shit home from your kindergarten class” There will be payback one day…oh yes…there will be shame” He tried to think of a good spot where he could hide all the little naked butt and bath tub photos he had taken in his sons baby time. He would reveal them on Prom night. Oh yes…There will be blood.

His wife sat down on the edge of the bed next to him, her Bio-Hazmat suit crinkling and scrunching. The bed moved slightly and the Man realized that every muscle in his body was connected to his butt. He bit his lip. He narrowed his eyes. He fought back the turkey squirt.

He watched through his watering eyes as she began opening a bag of crackers. He was sick of crackers. It was like trying to swallow dry skin. He had to have something more…comforting and easier to swallow.

He gingerly raised his arm and laid his hand on her gloved one. She looked at him thru the Bio- Hazmat visor. Her 6 beautiful eyes questioning him. “Hmmm”, he thought…”Next time we get freaky we’ll have to use these Hazmat suits”

Men are pigs. Even when they’re dying it seems.

She looked at the Man lovingly, brushing his damp hair back from his sweaty forehead. How she loves this man she thought. All these years and a beautiful son. She has been with him every step of the way thru his early days as a struggling young editor and writer. Now…she thought proudly, He was a mover and shaker in the Blogosphere. Charles the Crusher, Charles the Gracious…Charles the poet. But she also remembered that he was Charles who never picked up his socks. Charles who drank from the jug. Charles that left the lid up.

She smiled down at her poor, sick starving husband. She put both hands on his face and said lovingly…

“No Soup for You”

It was “Misery” all over again.