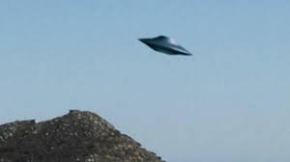 I just made it back to my niece’s house in Tooele, Utah.

This is also in the same general area as the Tooele Chemical Agent Disposal Facility.

Now I know why her children are mutant hell spawn devil worshipers. 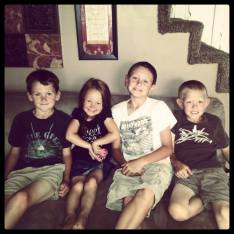 That is the only reason I can come up with for the little monsters that my niece Wendy Sue hatched and has had to feed and nurture these abominations in hopes of preventing them from intermingling with the general population and spreading their perverse, murderous hunger for chicken nuggets and rice crispy squares.

She is our last line of defense against these bright, little sunshine rays of demon seed.

I tried to give her a medal once but her oldest son Brady ate it. He likes to eat helpless things. Like….other children, old ladies, cub scouts and bacon.

He was the first hatchling of the litter. We try to keep him under the stairs and have to feed him with a sling shot due to the fact that he is not that pretty to look at and is kinda scary when people are conscious. I looked at him once and was in a coma for a month. I had to wear diapers and be fed chicken noodle soup and ground up Big Mac’s intravenously.

After Wendy Sue was found after being  kidnapped by an alien spacecraft and we had discovered to our horror, that she was impregnated with some type of extraterrestrial bacteria! She had Brady first, Zach one week later, Cooper a week later and Madison 2 weeks later.

It takes longer to make a girl because of the boobs.

At least that’s what the alien instruction booklet said that came out at each hatching. Madison’s book was a little thicker because it had pictures and a warranty until she gets older and menopause sets in. Then, evidently all bets are off…and nothing works right anymore.

The boy’s booklets only had coupons for Sonic hamburgers and free putt- putt golf. There is also a nice little yo-yo that comes with each boy because their attention span is about as long as…..

What was I talking about…?

Zach was actually found by railroad tracks eating spiders. It took them a while to chase him down because he ran on all fours and peed on everyone every time they tried to grab him.

His main source of nutrition is the gum and candy that is stuck on the bottom of church pews and restaurant tables. He tried to eat a healthy salad once but he mutated into a type of cocoon and came out with wings in his butt and bumped his head every time he tried to fly. There is nothing funnier than watching an unconscious person try to fly out of his butt. It’s freaking hilarious!

When Cooper was hatched his egg was pink and green with little rabbits and birdies on the shell. When he actually hatched, there was some type of plastic grass in the shell with him and a little yellow Peep named Fred. It was kind of disturbing when Cooper ate Fred’s head off and then smoked the plastic grass.

As he got bigger we noticed that he liked to hang out with stray dogs and cats. We never thought that much about it until he came home one day with the stinkiest over-coat we had ever seen. He said it was a mink coat, but we have never seen mink with white spots, tabby stripes or cat hair.

His eyes glaze and hands tremble every time he hears the phrase “Here Kitty Kitty”. Never let your dog play fetch with Cooper. It’s a one way trip baby!

And he’s not even Chinese’s….

Madison has to have an exorcism every other week. It wouldn’t be that big of a deal but we are running out of good hiding places for all the dead priests. They tend to burst into flames when they walk into her room. The last priest actually got the holy water out before Madi took it from him and turned it into strawberry milk.

She has a weakness for goofy pajamas too. She used to have that one piece footie kind, but since her feet are so hairy and big we’ve had to cut the footie part off.

Well….this has been a post of me writing about my nephews and nieces while they have been sitting here watching me and giving me some sage advice which is greatly appreciated.

I told them to shut up and let the talented big sexy man work.

One day Wendy Sue and I will take them all for a nice car ride.

Preferably to the Grand Canyon.

15 thoughts on “Having Fun at the Kiddies Expense”