I was a Deputy Sheriff at one time.

For a short time I must admit.

My dad told me that I would never make it in that occupation because I am too trusting, had too big of a heart and believed that no one was ever evil.

That’s probably why I have such a hard time with life too….

I’d like to tell you the story of why I quit my police career.

It may disturb some of you….

But this actually happened.

I had only been a police officer at this particular department for about 6 months.

I had been a correctional officer before this, working in the city jail.

I can tell you that there are some bad people out there…and IN there.

Trust me when I say that jails are a necessity. There are people out there that will hurt you just for something to do….

I was reassigned to the patrol division because my evaluation report said that I did not have the temperament or comportment for a successful career as a correctional officer.

The Chief Deputy at the jail told me that I was too trusting and that I would end up hurt or dead.

He told me that I treated the inmates like people, not inmates.

He told me that they would prey on this and take advantage of me.

So, they put me on patrol duty.

I got a call from dispatch “13F6, meet Sergeant Carpenter at so and so address for a baby crying”

I pulled up in front of the address just after I saw Sarge pull in to the driveway of the home.

I looked at him as we got out of our cars, and he just shrugged his shoulders at me.

We had not been told of any threats to anyone or noticed anything weird as we walked up the driveway, so we didn’t have the usual tension that a disturbance call normally would warrant.

It was a chilly, gray morning in a Northern Utah town. It was a Sunday….quiet….peaceful.

Peaceful…except for the baby crying behind the door of the house.

A neighbor lady walked up to us as we reached the steps of the house.

“I can’t get anyone to answer the door” she said with a hint of frustration and a worried look in her eyes.

Sarge asked her “Are they home, there’s a car in the drive way?”

“It’s only Sadie” she answered, then added “….And her baby”

He knocked on the door, the babies cry intensified…hoarse and scratchy…broken.

“Is anyone home?” I yelled through the door “It’s the police” I said.

No one answered our entreaties…..only the baby could be heard.

“I hope nothing is wrong” whispered the lady, wringing her hands.

He asked her with a hint of wariness “What do you mean, has there been trouble here before?”

“Oh no no, nothing like that” she said “I just haven’t seen her all weekend”

“Do you know if she has a medical condition?”

“Has anyone been over here this weekend that you recognized, seen anyone go in or out”

“No, it’s been kind of dead really”

She realized what she had said.

She paled suddenly and bit her bottom lip.

Sarge looked at me and held up his hand and made a circling motion in the air.

I walked around the house one way, he went the other…listening and trying to look in windows.

Snatching glances at curtain cracks like suspicious cats in case someone was inside waiting for a face to shoot off.

We made it back to the front door…the neighbor lady pressed against it, her ear to it, continuing the plea for anyone to answer.

No one answered her pleas.

Sarge pulled her back from the door, a “Good job but thanks” smile across his face.

We didn’t tell her that someone might shoot her thru the door.

“Punt it” Sarge said to me, taking a step back from the door and drawing his weapon.

I had never drawn my weapon before in real life, or on duty.

It was about to get fucking serious, really fucking fast.

He had his weapon close to his leg; he looked at me and nodded his head toward my gun hand.

I drew my weapon.

My vision became keener. I could see the grains in the wood of the door. I could hear the birds fly over. I could smell the aromas of thousands of fireplaces in the air.

The baby’s cries were deafening now

I kicked the door so hard that it completely tore from the hinges and casing, slamming onto a sofa just inside the room and crashing across a coffee table before settling to the floor.

The baby cried louder, the sound had obviously alerted it to our presence…or just scared the poor kid to death.

We swept thru the house, our weapons ready, working our way toward the cries of the baby, and making sure that no one was there that might shoot us in the back while using the baby as bait.

But you have to consider it….in seconds.

We found the baby in a back bedroom, bound at one ankle with that orange kind of nylon rope you find at Home Depot…for tying packages together. She was tied to the corner a bed.

She looked as if though she were only 18-24 months old.

Her face was beet red. She had snot all over her face. She had been crying for so long and so hard that capillaries in her eyes had burst. I think she only had about 4 teeth.

Give me a second to calm down, I’m typing too fast now and I …I…I can still see her….sitting on the floor…in piss and shit, bloody ankle, Cheerios and Froot Loops scattered on the floor and stuck to her body. A bowl nailed to the floor that had held the cereal.

There was also a coffee can nailed to the floor with a screw that had a rubber washer around the head of it so that the water wouldn’t leak out when it was screwed down to the floor.

My daughter Stephanie was about this baby girl’s age!

Sarge was already trying to holler into his radio for an ambulance and whatever else he could think of.

But even Super Hero’s can’t talk when they cry.

I dropped to the floor beside the baby….she was still crying.

She…she…held her arms up to me.

Fuck me I’m starting to cry over this shit again!!!

And I can still feel her little fingers dig into my skin and pull at me!

I did what all parents do, when they smell a stinky baby.   I checked her diaper.

With her holding on to me, trying to climb up my bent knees and crawl up my chest, I looked.

There were maggots in her diaper.  It takes 48 hours for maggots to gestate I heard somewhere later….

The baby held me tighter as Sarges trembling fingers cut the nylon cord from her bloody ankle.

Sarge had 6 kids. He was a scout master. He was a frequent instructor at the elementary and Jr. High Schools. He was a high priest in his LDS ward…..

I would help him hide the bodies if he did. Plant a weapon on them. Cut off fingers, head’s, pull their teeth!

No one would ever find these “mother fuckers!”

These mother fuckers were gonna die….

1)      The mother couldn’t find a baby-sitter for 17 month old “Kyrie Jacobsen” while she went on an ATV trip over the week-end with some new friends. One new friend was a recently returned 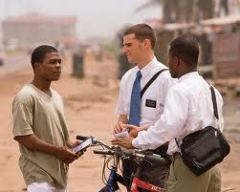 Mormon Missionary that she thought was cute.

2)      The missionary had only been home for a week after serving a 2 year mission in El Salvador. He was still on fire with his calling. The missionary had not known she had a child. He broke down in tears and basically lost his mind, a mind that was trying to absorb what he had helped do, albeit without his knowledge. But in his heightened religious fervor, he snapped.

3)      The mother of the child was charged with Child Endangerment, Child Abuse, Child neglect and a whole bunch of bad sounding things concerned with hurting a kid.

4)      Her bail was $250,000. Her family paid it. You see, her dad was rich. A pillar in the community. He was devastated by what his daughter had done to his grandbaby, but he couldn’t handle the fact his baby was going to be in jail with dope dealers and junkies.

5)      She did not ask her family to watch the baby because she didn’t want her dad to know she was going off with friends, and have to sleep in a tent with other girls and single guys. He would have gave her “A hard time about it”

6)      She was released on bail and went home with her parents.

7)      3 days after her release we responded to a disturbance at her parent’s house.

8)      The missionary was sitting on the front steps….holding a baseball bat…covered in blood, brains and pieces of pink skull.

You see….he had snapped, felt responsible for her actions…the harm to the child. He felt consuming agony over what he believed he had caused.

He had come to her house where he found her there…her parents were out at the moment.

She had said she was sorry for dragging him into it.

He had found the bat leaning in a corner of the house when she had gone into the kitchen to get him a drink of water…he looked distressed and had obviously been crying.

He had beaten her with the bat so badly and for so long that the coroners had to pick the body up by her clothes.

They said it was like trying to lift a garbage bag full of jell-o.

The young man has been in a psychiatric hospital in Evanston, Wyoming for over 20 years now.

The reports I last heard said that he prayed every day….all day.

I quit being a cop one week later.

I pray too…..every day….that Kyrie is with God, and has no more reasons to cry.

Leave a Reply to Traces of the Soul Cancel reply