I went the coffee route this morning because I was too lazy to make my special Chia seed concoction. Although after I had made my coffee I realized that it took longer to make than my Chia seed stuff.

Oh well, I wasn’t quite awake yet….that’s why I needed the coffee…right?

When I got back into my truck with my coffee I set up my writer’s nook, and connected to the Wi-Fi thingee.

I proceeded to the Land Of WordPressia and sat back to think on what I could post about this morning.

Nothing was coming to me as I took a sip of my coffee….

I’m going to post about the proper usage, timing and implementation of profanity.

Noun (I thought it would be a freaking verb)

Both definitions were present after my first sip of lava….oops……I meant ‘Java’

“Holy Shit!” was the first thing that popped into my brain after the pain signals from my lips and tongue arrived.

However, as a lover of word’s my mind went through several manifestations of vulgarity in less than a blink of my watering eyes.

I just had an epiphany…

Not only are tears for happiness or sadness, they are a built in fire retardant system. Have you ever noticed that tears run DOWN your face into your mouth…?

Well, my fire fighting system was triggered, but the heat from the coffee dissipated the tears before they even passed my running nose…..

Hmmmm….maybe instant snot is like a ‘foam’ type of fire retardant….

I’m getting side tracked….

Proper use of Profanity…..

“Holy Shit” is a good initial ‘cover all bases’ type of curse. But in this case it did not fulfill the requirements needed for my level of pain and indignation. Best used in an ‘Awe” type of moment.

Next: “Son of a bitch!”    Too long….Too many consonants…Better used when describing cash-strapped relatives or discourteous drivers.

Mother F****R! Once again, too long. But it does roll off the lips doesn’t it? I don’t really like using this word but I have felt true fulfillment each time I have had too.

Really gets the point across, especially when dealing with old people.

“Jesus Christ!”….This one covers the blasphemous part of the definition. I don’t like using this one at all but it has slipped thru my brain censoring department a few times and that’s probably why I am going to burn in hell.

“Crap!”….No, this one should be used only by victims of Penile Erectile Dysfunction after failed attempts at coitus.

“Holy Buh-Jeezus®!” Yes…it is a registered trademark of the Confederate States of America circa 1861. Yankees don’t have the proper inflections to pull it off right.

Finally...G****D**N Mother F’N Son of a Bitchin Cock Smoking A-holes!: Only to be used when getting price for your Starbucks cup of cash….

So….after all of these considerations of what to say as my lips and tongue melted away, I decided to use….

I went all Deutschland on its ass!

Like so many other people on this planet I am a multi-lingual profanity scholar.

It had the right texture….the right ‘Oomph”….It had the ‘spitting’ that is mandatory when cursing in German which also relieves the lips and tongue of pain while discharging the hot coffee with extreme prejudice and violence of action.

So….as all of you have your first cup of coffee this morning, think of a word that will best describe your reaction to your initial sip….BEFORE your face melts off.

$10 says you will pick another word. 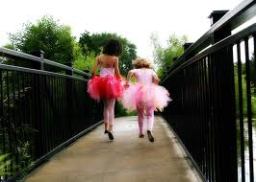 Profanity for all you Big Fat Sissy herbal tea drinkers is irrelevant.

Just sit there and cry you bunch of freaking homo’s!

[Disclaimer: The use of the word “Homo’s” is in no way related to the author’s fear of Homo’s]

Homo SAPIENS that is….