I walked into Heavens Library the other day and noticed God (Jerry Garcia) sitting in a far corner, hunched over a stack of dusty research books resting on a converted picnic table with some crumpled papers and an IPad scattered around close by.

Jesus (Frank Zappa) was leaning over his father’s shoulder, pointing at a page that the Lord seemed to be studying with keen interest, his reading glasses resting precariously on the end of his nose.

Lazarus (Elvis Presley) was sitting at one end, his feet propped up on the table top, hands locked behind his head…..He was reading a book lying open across his lap, one blue suede shoe waggling.

I was surprised to catch them all in one spot like this, obviously engaged in the study of something important, something that was evidently heavy on their minds.

“Hey Trey!” he said, clomping the chair down on all fours, grabbing the open book from his lap and laying it on the table in one movement.

Jesus and God looked up at the same time.

Gods gap toothed grin was wide. He nodded his head toward a chair as Jesus pushed loose papers from in front of me, making a clear spot for me to sit.

“I haven’t seen this much concentration in one room since I found out what my pecker was for” I added jokingly.

God guffawed, Jesus just looked at me. Lazarus was back in his book, slowly flipping the pages back and forth.

God looked down at his pile of books then sat back, his eyes on me.

Jesus held up his hand to me, knowing my thoughts…..

“No no no….this has nothing to do with sipping a beer” he said.

I relaxed a little….Good, maybe they didn’t know about that other thingee…….

God continued “Remember when I was reading the cereal box while you guys were talking about life?”

“I came across something that I didn’t know about, that I couldn’t explain….and it got me to thinking….”

I looked at Jesus and Lazarus; the latter shrugged his shoulders, still flipping pages.

“On the cereal box?” I asked the Lord

“Yeessss….” God breathed out slowly.     Jesus passed a small piece of paper to me from his side of the table.

“What the hell is Yellow #5?” I asked again in that higher voice pitch that always follows a stupid question.

“What in the hell do you think we’re looking for?” Lazarus said, mocking my voice.

I flipped him off…..He started to reciprocate but stopped when Jesus cut a sharp glance at him.

“He started it” Lazarus moped, putting his face back into the book laid out before him.

“What is Yellow #5, where did it come from, what does it….do, who created it?” sing-songed God as he leaned back in his chair looking up at the library ceiling fan, a Dixie cup held to his lips, but not sipping it.

I looked at all three of them….I started to laugh a little.

“Are you serious?” I asked, my eyes bouncing back and forth across all those books, papers, scrolls and IPad’s that were strewn about.

I picked up a Rubik’s cube from off the table and started to mess with it. I heard God take a loud sip from his cup and out of the corner of my eye I saw him put the cup down. Lazarus’ eyes were looking over the top of the book he was now holding up in front of his face.

I was watching Gods pensive face when I sensed Jesus sit down next to me.

He drew his chair up closer beside mine, resting his forearms across his knees.

His face was close to mine….he whispered “What do you know about Yellow #5?”

I turned my head toward him, having to lean back so we didn’t bump noses.

My attention was drawn to Lazarus who was flipping thru the pages of his book now much faster, God was punching his finger into the IPad.

Jesus just stared at me.

“I got it!” Lazarus said with glee.    “Wait” he continued.    I could see his finger moving over the pages, searching….

“WHO PUT YELLOW #5 IN MY GODDAMNED TWINKIES!!?”  Roared the voice of God!

God slumped down into his chair…..

“Nothing’s sacred anymore” he whispered to no one in particular.

Jesus and I heard Lazarus clear his throat; we looked toward his end of the table.

“Uh….Lord?” he said with a tinge of fright in his voice

“What next?” asked God, his chin on his chest, his fingers locked behind his head “What else do I NOT know about?”

Lazarus said…..”It appears that sunlight is bad for your skin”

God looked up from his chin, his brow narrowing….

“That’s what this book says” said Lazarus, holding up the book for God to see the cover.

God and Jesus both made loud sighs of relief.

“It’s here on Facebook too” said Lazarus with a little more pitch in his voice. 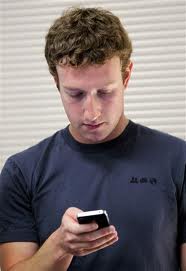 God punched an intercom on the table and shouted “Get me Zuckerberg!”