I walked into a Books-a-Million today for the first time in a long time.

I have been stuck in Hammond, Louisiana for the day and instead of sitting in my truck wiling away the hours trying to hack Facebook or Homeland Security I decided to walk to a mall about a mile away.

I am a brave man.

There are no sidewalks, only gutters for blood and guts……

There is only jay-running and spontaneous religious conversion.

“I’m gonna cross this intersection at the count of three….Oh, nearer my God to thee”…….Amen.

What’s happening to this country?!

Don’t they understand how much damage I can cause to their car?

What’s worse is that I lost one of my flip-flops during my mad dash to safety and had to go back for it, temporarily stopping traffic.

I never leave a man behind….

I made my first stop at a sports store and then thought I’d go watch an early matinee at the movie house.

I spent $5 on the ticket and $13 on a large coke and large popcorn.

The movie was “Lone Survivor” It’s about a Navy Seal that is the only team member left alive after brutal combat.

I’m not gonna say how it ends….

It’s sad isn’t it that I was nervous about someone opening up with gunfire in the theatre and killing everybody?

Used to never worry about that you know?

I was also perturbed when I kept seeing people texting from their cell’s in the dark of the theatre during the movie. 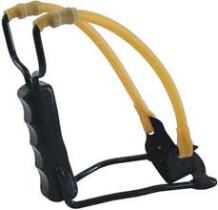 I knew I should have bought that sling shot….Now that I think about it.

The damn phone screens light up as if saying “shoot me shoot me!”

Now that I think of it more, I actually picked up a sling shot that was on clearance at the sports store. It was the wrist rocket kind with surgical tubing and a support brace on it.

Good thing I didn’t buy it and carry it in the theatre with all the other stuff I bought….

“Sling Shot fired in theatre! Several people get the shit knocked out of them for texting during movie!” “Sling shotter saluted as local hero! Surviving texters shot by police….Film at 11”

I looked around at the thousands of books.

I walked up and down the aisles marveling at all the subjects and mind creations of thousands of authors.

I realized that I was intimidated.

Why was I intimidated I thought. [http://maudnewton.com/blog/on-being-intimidated-by-a-favorite-writers-work/]

How could I ever expect to compete with these people?

How could I ever hope to get a story or book published?

How many books are sitting there on those shelves that could possibly be the next greatest novel ever written, but is ignored because it’s judged by its cover?

It’s baffling to me that there are so many talented and out of real work people that create this art form.

Back in the day Dickens, Twain, Poe, Shakespeare….just to name a few, never had the modern communications that we have.

They all wrote with pencils or quills for god sakes!     On foolscap!    By a candle or oil lamp!

How aggravating would it be to write with a quill and ink well?

Their correspondences by mail could take months or a year possibly just for an answer or reply. It might take several letters to get one creative point across….

And that’s if the steam locomotive didn’t blow up, the steam ship didn’t sink or the Pony Express rider didn’t get his horse shot out from under him!

Wow….and I get pissed when my laptop takes too long to load…..

I know it’s not a competition.

I don’t care if I ever get a book published.

I like working on my blog, reading others and telling stories.

Would I like to be as successful as King or Grisham?    Money wise?  Of course….

But in reality…..I don’t think so really….

Just coming up with ideas for my meager fare is sometimes daunting.

I can’t imagine doing it for 400 pages at a pop, year after year, and having others cut up your work and push you for more.

I think I’ll stick to my little blog because I enjoy writing for myself.

And, because I honestly believe that bloggers are a conscientious lot and want to improve things in their world.

After all, it only takes one word to begin a story……