They wanna see what happens in Colorado… 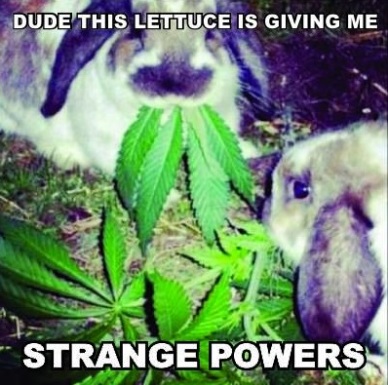 It’s like trying out new drugs on the poor people in third world countries before ‘they’ create a new disease or malady for the civilized people to be scared of.

Am I the only one who see’s that?

I wonder if there are connoisseurs of marijuana?

No offense Conrad and the Wine Wankers.

I love your blog….Even if I’m an alcoholic.

I can look…just not touch.

I’m not a true connoisseur of “Mary-Jane”, but I know, or think I remember, the difference between basic home grown pot and “skunk bud”.

At least from the aroma I should say.

I think the only ‘good’ dope I ever smoked was some “Blue Hawaiian” I got right after I left boot camp in San Diego. I had a long bus ride to southern Georgia and when a guy offered to sale me a little bit o’ pot in a matchbox, I thought what the hell?

I would be riding the bus for at least 6 days and being comatose would make the miles disappear.

After the bus trip started I worked my way to the potty at the rear of the bus and loaded up the little pipe I had also bought from the ‘the dude’.

All the pot dealers were called ‘dude’ or ‘bra’ in Cali back then.

I put the lid down on the toilet to protect myself against splashing blue water. I didn’t know if it was flammable or not.

I sat on the bowl lid, loaded up my pipe bowl with my lid and fired up the pipe bowl and closed an eye lid from the blue smoke.

Old potheads will get it…

I remembered floating off the bus a couple of times along the way to buy provisions like chips, chips, hot dogs, chips and Visine.

I don’t remember much about Arizona except there were a lot of unicorns and fairies there dancing around to some Jethro Tull music.

There were some outlaws on merry-go round horses trying to chase the bus down in New Mexico to a Black Sabbath tune.

I don’t remember much about the following states except blue smoke and a blue water ring on my ass.

When I came back to earth in Georgia, I was sitting in my grandmother’s living room and wondered how I got there. Well, just a little.

I heard someone in the room with me and I looked over and saw my Grandpa rolling up one of his Prince Albert cigarettes.

He lit it and sat back.

After a minute or two he said “This tobacco tastes funny”

I smelled the smoke and thought “Oh shit!”

“PawPaw!? Where’d you get that tobacco?” trying to keep my question innocent sounding.

“I rolled it up out of the old ones in the ashtray” he said.

He took another puff and coughed a little bit.

I secretly took out my little match box of fairy grass and opened it, looking in the empty tray.

I must have gotten stonededer and laid it down in the ashtray by Pawpaw’s chair and he had thought it was one of his old hand rolled cigarettes!

I looked from the empty box at my dear old pawpaw. He was still smoking it, hunched over with his elbows on his knees, looking at his feet.

It was too late.

There was nothing I could do except go get a glass of ice tea, some chips, a biscuit, a pork chop and a candy bar, and sit back and scientifically observe a 70 year old man about to get fucked up.

I just looked at him as I chewed a piece of pork chops and candy bar.

He stood up and turned around in a circle, like he was looking for something.

“Whatcha looking for pawpaw?” I asked

He didn’t say anything for a minute, then said “My feet feel funny”

I took a sip of tea and added more pork chop and a biscuit to my face.

He walked into the kitchen and I heard him go down the hall, pilfer around in his room, come back into the living room and sit back down slowly in his chair.

“What’s wrong?” I asked as I chomped more candy bar.

“I thought I heard someone go in my room” He said, his eyes were bloodshot.

He didn’t move for 2 hours.

He sat there staring at the streaming ribbons my Granny had tied to the air-conditioner.

Phase 2: Contemplation of the universe (check)

“Is there any biscuit’s left?” he asked me.

“I think so” I replied as I chewed on my pork chop.

He walked into the kitchen. I could hear him banging around in the fridge and cupboard.

He came back into the living room with a plate full of biscuits, some syrup, a pork chop, a glass of tea and a bag of pork skins under his arm.

The humor in this poor old fart having the munchies is that my Pawpaw has no teeth, and if you have ever seen anyone chewing biscuits and eating pork rinds at the same time with no teeth it is a sight to behold.

Add the extra enhancement of his being totally stoned on Hawaiian Ganja at 70 years old and not knowing he’s stoned and him KNOWING that there is something weird going on but has no reference to draw from or like life experience to compare to it…. and being helpless to do anything about it….

My Granny walked in and looked at her husband.

He just looked up at her and chewed as if though someone else was controlling his jaws and he could do nothing to stop them.

My Granny admonished him in her Granny voice “What are you doing you greedy gus?”

He looked at her still chewing and said “Muba ooba gunda chow chow?”

My Granny turned around and gave me the evil eye.

I stumbled into the kitchen trying to keep my shit together.

It’s easier to do with more food….

I could hear my Granny talking to him and Pawpaw trying to answer.

Finally I saw him come into the kitchen, walk over and put the dish in the trash can and his tea glass in the cabinet.

I didn’t say anything.

My Granny had followed him into the kitchen with a puzzled look on her face.

Pawpaw walked out of the house.

I could see him walking out to his work shed thru the kitchen window.

My granny followed him with her eyes for a moment, then at me.

“I didn’t do nothin’, we were just sitting in there talking!”

She looked at me a second longer “Mm Hmm” she muttered, not believing me.

We saw Pawpaw coming back from the shed. He dropped something on the ground, stopped and picked it up and came up the porch into the house.

He walked into the kitchen holding his hands out to Granny.

I looked at him.

She looked at him.

He looked at us then held up his hands.

One of his hands was missing 3 fingers and the other one was holding the 3 missing fingers.

“Holy shit Pawpaw!” I yelled as I ran to him.

Granny put her hand to her throat and lips, too stunned to say anything.

“How’d that happen Pawpaw?!” I asked as I wrapped his hand with dish towels, the guilt flooding over me.

“I don’t know” he said calmly.

“I was trimming some molding with the mitre saw and just reached out to clean the sawdust off the blade…But I never turned it off first….I could swear I turned it off.”

I had him sit down, his face was getting gray.

I had him put the missing digits in a Ziploc bag and filled it with ice.

Me and Granny loaded him up in the truck and drove very fast to the hospital.

The doctors eventually reattached his fingers and they work just fine now.

I feel bad about this and I have never told anyone.

I never intended for that to happen.

I’ve just been thinking about that Colorado Marijuana law and pot stores lately, debating in my mind and with my own personal experience if it is a good thing or a bad thing.

I mean, I don’t condemn anyone wanting to smoke pot at home and I don’t alienate friends that are lifetime partakers of hemp.

Hell, I use to subscribe to High Times magazine. The only magazine that I actually bought FOR the centerfold pictures!

The point I’m trying to make is that any drug, dope, recreational activity involving dope or working on dope is a stupid thing to do.

Any substance that alters your mind or body is inherently dangerous.

But…I CAN be taught….

I know it…You know it.

They sell alcohol despite millions of alcoholics and DUI related deaths.

They think they can control it.

Like addiction, this too will spiral OUT of control.

You never intend for it to harm you or anyone that you love.

One way or another…I guarantee it.

I know what dope can do you see……