I haven’t decided if I believe in God anymore…. 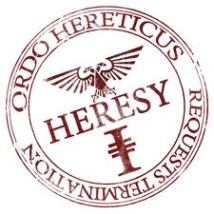 It seems like as I get older and creakier, it doesn’t make much sense.

I mean…..there are discoveries of million plus year old human bones all the time.

There are the plate tectonics to consider also.

Would my God create an earth that has earthquakes and volcanoes?

The God of my understanding would not do such shoddy work.

Science is heresy and all scientists should be burned at the stake.

My God didn’t give us intellect and free will just to learn how to make fire….besides; we stole that from the aliens.

But, religion tells us that we can’t understand the mind of God.

It tells us to trust in God.

I met the devil in the bottom of a bottle….and I don’t trust him.

Would my God allow mankind to run rampant over one another, destroy the basic resources that are vital to our very survival?  i.e., water pollution, genetically engineered foods and forced extinction of human and animal species and a Sharknado sequel…

But something made me reconsider all these thoughts the other day while I was walking down Canal Street in New Orleans.

It was something Chris said….

It was a Sunday and the streets were throbbing with people of all makes and models.

I was walking down Canal with my 2 friends Chris and his hot Mama Kellie, weaving between the waves and eddies of human skin in differing shades and hues.

I don’t really care that much for crowds. The smells of crowds disgust me.

My job as a truck driver is a very solitary occupation.

I might not be around any people for weeks at a time.

That’s why I drive a truck….Or ONE of the reasons.

I am an agoraphobic trucker…..

Cool, I always wanted to be a hermit. I guess my truck is kinda like a cave…..

Okay, sorry…back to what Chris said.

Trey: “Look at all these people” (Taking in all the colors and weirdo’s on a French Quarter Sunday)

Chris: “This is nothing you oughta see it at night”

Trey: “This is Sodom and Gomorrah” (I say with a little uneasiness. Remember that I hate crowds)

We continue to walk down the street and I begin to hear a voice coming from a small PA system floating thru the crowd of future saltlicks. 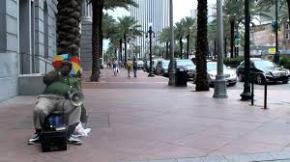 The voice is coming from an old black man sitting on an actual soap box. He was overweight and his big legs made his un-tied shoes look like kids feet. His clothes were soiled and he had a card-board sign hanging around his neck that read “Jesus is coming”.

He was also wearing an umbrella hat…..I’m serious.

It was sad to see an old man like this.

That could have been me…..I came very close at one time.

What caused him to go off the deep end?

How long has he been crazy?

Shit….I hope I don’t go bat shit AGAIN and end up on a street corner!

Trey (Walking past the old man trying not to stare): “Man that’s sad”

Why did he have to say that?!

I, like many of you know the parable or story from the bible or other places, I don’t know if there are comparisons from other religions, but I’m sure y’all know it. 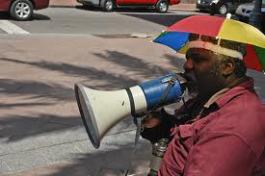 Basically, be kind and charitable to whomever you meet in life because it might just be Jesus or an Angel in disguise.

I have believed that all of my life. I was taught that way.

That is until I got older and became an apostate heretic.

What is weird and what this whole post is leading to is this:

When Chris said that, I stopped and turned around to look at the umbrella hat preacher.

I had never thought of it like that, or gave it any real, serious consideration.

It immediately popped into my head that I had just met Jesus.

I thought I didn’t believe in that stuff…..

I mean, I believe Jesus existed as a real person.

I believe he was one of those teachers that changes the world, on an even keel with the Buddha, Lao Tzu and Plato….to name a few.

Do I believe that he is the actual “Son of God”?

I don’t….But that’s just my opinion.

This chance meeting actually made me think about things though.

I looked at the old black man with an umbrella on his head and a sock wrapped around his microphone.

Why did I think that he might be Jesus in disguise?

How could I even entertain the thought?

Jesus was just a man.

He was a teacher and fisher of men, so says the “good” book.

Was I standing there looking at Jesus?

I was arguing in my head now. 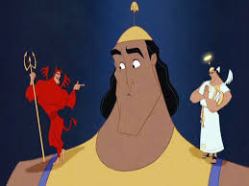 “But what if it is, how can you know for a fact?” (Whiny inquiring voice)

“Quick, do something nice, give him some money or something like that…just in case it is him?!” (Asshole politician voice)

“Too late dumbass. If he knows what’s in your heart and mind already like they say then he knows what you just planned to do, so that invalidates the whole charity without gain thingee” (lawyer voice)

Jesus was just a man….a shepherd they say.

But what if he WAS the umbrella hat man too?

I’ve thought about this for a couple of days now because I am strange and have no life and nothing better to do.

Then, this morning it came to me.

It was a seed that was planted in my mind long ago.

It was the personification of the Golden Rule sitting there on a soap box with an umbrella hat that I was looking at.

It made me remember my Vacation Bible school days as a child when we were taught to be kind to our fellow man.

It was sad to see that old man like that.

Sure, he was smiling a lot and laughing.

I know…..I’ve seen it firsthand.

So….What it amounts to is this: 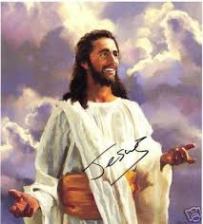 I met Jesus in the French Quarter on Canal Street in New Orleans, Louisiana on January 26, 2014.

I may have my doubts about God’s plan for us and definite “bullshit!” about mans translation of his words and teachings.

Because after all, Jesus is in all of us they say.

Jesus called it the Light

I call it a message that I was meant to hear and study on.

It won’t change my mind about organized religion….I think I’m ruined on that.

I don’t think I’m an atheist. 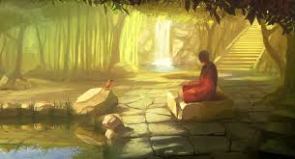 I am a spiritual person that believes in karma and heaven.

But that brief encounter with Jesus on a street corner reminded me that I should be mindful of those less fortunate than me and not judge by appearances.

Just in case it’s Jesus in an umbrella hat.

You never can tell…..Can we?