There’s not too much time left for me, so I’ll make it a quick warning.

The sun is going down. 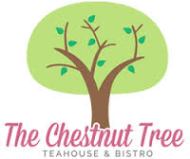 This may be the last post I ever write….

I think someone has been following me.

There have been some slight clicks on my phone and my laptop screen phases like a camera shutter.

The power light on my DVR changes colors….

I think someone is watching me….

George calls them the “Thought Police”

George Orwell?  I know you’ve heard of him.

He’s the man that told me I was marked…………He’s still alive.

You never know when the Thought Police will come for you.

The whole damn book is factual!

I didn’t understand it very well because it was outside my understanding of life and experiences at the time.

I’m sorry this letter is so hurried, but I’m trying to type as much as I can before they come.

I hear a car door….It’s not dark yet, so I may still have a little more time to warn y’all.

I was just a kid when I read his book.

My teacher told us that it reflected upon how governments can mislead citizens into believing that harmful legislations were something that we needed….

For our own good….

George told me that Newspeak is another name for political correctness.

He told me to read his book again.

I did….several times…..and now it is all too clear.

Why didn’t I see it before?

But I did a stupid thing, just like the books protagonist, Winston Smith.

Winston had a diary……I posted my thoughts and suspicions online.

I didn’t dare post it on my WordPress blog.

I couldn’t take the chance of one of y’all reading it and drawing the same conclusions as I,

I am guilty of doublethink and thought crime at the very least, according to George.

He told me that they are death sentences, and that’s after Room 101.

George has been gone for several days now.

He has taken my flash drive, my Nexus7 and my handwritten notes with him.

He said that it is best that the extent of my work should not be here when they come.

It’ll just make it worse, and they might find out about y’all.

I wish that I had understood “1984” and read between the lines better, so to say.

The Ministry of Peace, Love, Plenty, Truth, the departments of Fiction and “Records”!!

You can see them everywhere if you look.

It’s too late for me. I couldn’t believe it could happen to my country…To OUR America!

It’s dark now and the street is quiet.

I can hear footsteps on the stairs, 3 flights down.

I’ve got to try and run 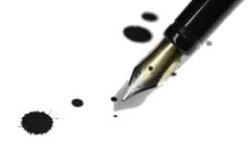