I think some people have a hard time understanding me for some reason…. 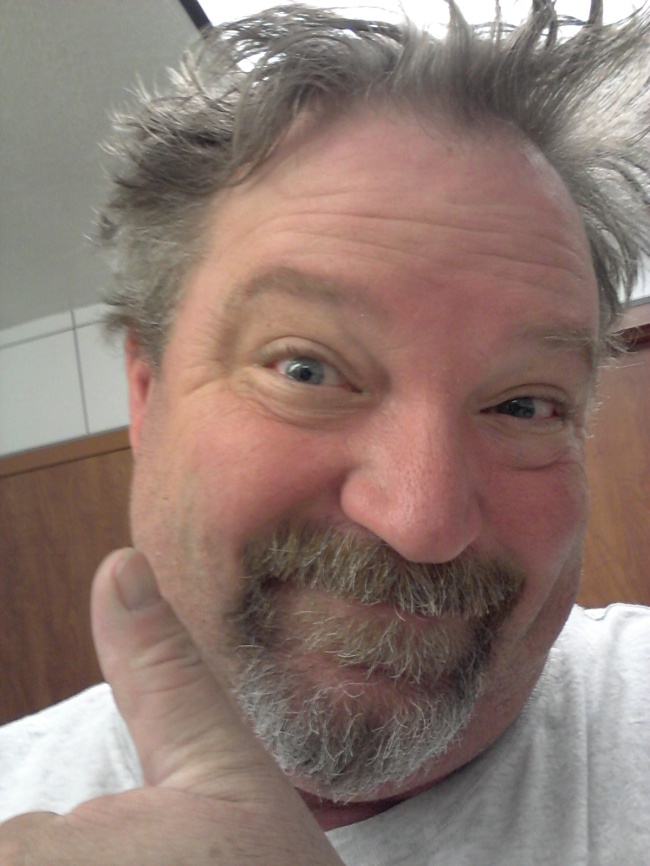 It may be hard to believe, but I’ve always been extremely naïve and immature for my age.

But I am triumphant today.

I am an oyster with a diamond.

I am a crocodile with man luggage.

I walked into the truck stop this morning to fill my mug with the usual Hawaiian Sumatran Colombian bold coffee and a dash of “Intense energy”, 32 packets of sweetener and a nice mixture of French Vanilla/Hazelnut flavoring, that I adore….and must have.

…..and my little powdered donuts.

I don’t worry about my blood sugar before 5 am.

It’s a scientific fact that diabetes doesn’t kick in until after 9.

As I was preparing for my “Java Update” I noticed that one of the employees had left a pair of scissors on the counter.

Do you know what the first thing that popped into my head was?

The first thing that I thought of was “I wonder what they’d say if I picked these up and started running around the store with them….”

Fourth thought: “It’d be funny as hell though”

Fifth thought: [Scene] Doctor McCoy of the starship “Enterprise” is kneeling next to my body. The scissors are protruding from my eye.

Cool, I always wanted to add that into a story….

So….I picked up the scissors and start jogging around the coffee area with them, waving them around my head shouting “Look ma!”

Have y’all ever noticed that most people are grumpy looking in the morning?

But the force is strong today and the vibe is excellent….

The worst part is…?

I’m in a good mood and feeling silly…..again.

Employee lady, hands on hips….smiling: “Put those scissors down before you put your eye out”

Trucker 1: “You’re not supposed to run with scissors, you could have a heart attack”

Okay…..but made sense for some reason.

Employee lady 2, hands on hips….smiling with a stern expression: “Put those scissors down before you hurt yourself!”

I’ve given in to the Silly Goats Gruff!

My funny bone is infected now….

Trucker 2: pre-coffee/ disinterested tone with a dash of sarcasm:

Employee lady, hands on hips….smiling: “I didn’t think I had to worry about leaving scissors lying around at 5 in the damn morning with grown men in here…”

I stop running around.

The scissors drop to my side.

Trucker 2: pre-coffee, in his disinterested tone and a dash of sarcasm: “You did….”

Trucker 1: “I can’t believe that kind of language coming from a pretty woman’s mouth”

Trucker 2: “She just cussed out old kid here for running around with scissors”

Trucker 3 looks disapprovingly at the employee lady…then at me: “Why are you running around with scissors?”

Me, self righteously, indignant….I point an accusing finger at the employee lady, worthy of a Salem witch trial: “She’s the one that left them on the counter…”

Trucker 2 pre-coffee disinterested tone with a dash of sarcasm: “Yes she did…”

Employee lady, outraged (kinda): “That doesn’t mean he had to pick them up!”

Trucker 1, looking at the employee lady: “You shouldn’t have left them on the counter”

Trucker 2, now stirring his coffee: “Everybody knows you’re not supposed to leave scissors lying around….”

Employee lady throws up hands, turns away saying: “Oh my god! You’re not supposed to run around with them either! Run with the damn things then…see if I call an ambulance when you put out your damn eye”

Trucker 1: “I wish I could run with scissors”

Me: “I couldn’t help it, I saw them there and…..and…I just had to run around with them”

I put down the scissors where I found them.

I turn to the 3 truckers and say “Living on the edge baby….”

They nod in agreement.

“I think I’ll go stare at the TV and see how long it takes her to tell me to move” I say.

Point of my story…..

We’re not getting any younger!

Do something silly today people, in public.

Dance across the street….

Actually hug a tree and give it a big smooch….