I have been alive for over 500 years now.

If you wanna call it that….

A different air mixture than I’m used to of course”’

I was born in 1964 in a state called Mississippi.

That’s about all I can remember of that ‘joyous’ occasion.

The hilarious part is that there is no longer a state called Mississippi.

There is no more United fucking States Of America.

It’s all gone, the people I mean…

When I use the name “They” I am speaking of the extinct so called leaders of the world at that time, at least in this brief explanation.

They were political, religious, social, cultural and believe it or not….The major relief and humanitarian groups were in on it to.

For some reason that pisses me off more than anything else…..Go figure…

They killed billions of innocent people in one month.

You wanna know why….?

The long and short of it….?

They all secretly got together in Switzerland and decided that there were too many people wasting space, and that too much relief aid was being flushed down the collective toilet in undeveloped countries like Africa, Mexico, Siberia and Central America.

Yada yada yada! We’ve been hearing that crap on TV for years!

Africa was the main reason for their meeting.

Trillions of dollars was being pumped into places that they considered hopeless and un-productive.

…because we were running out of food on Earth….or SO THEY said.

Basically too many mouths to feed in comparison to the wealth generated they said.

So….these ‘leaders’ decide and agreed on localized, controlled epidemics, just little ones mind you, the kind of an occurrence that the rest of the world would accept without question.

The ‘citizens’ of the world would agree that it was a terrible thing that had happened in that godless, barren, backward place.

All those bugs and sinful nature….

Their plan spread like the virus it was, not according to graphs and charts that predicted total containment.

It killed everyone and every living thing with a heartbeat on earth except for me and ten other people.

We had all been dying from a rare form of heart cancer…..

It saved us to be dying.

We never believed or even considered something like that would ever happen….

I was almost dead from starvation when the ‘Neighbors’ found me.

That’s what we call them anyway when we talk amongst ourselves.

They will tell you that they are just men…from a different place, same neighborhood.

They think that’s funny as hell…

Weird huh…and we KNEW we were the only ones out here.

Our universe is so small it doesn’t even show up on their maps….

I’d laugh my ass off if I found anything funny anymore….

Evidently, something similar to this had happened to them eons ago.

A rogue meteorite hit their planet 2 million years past, before our ancestors had even crawled out of the swamps, and had introduced an aggressive bacterium to their water supply.

They’ve been underground ever since….That’s why we never seen them thru our telescopes and voyagers.

There’s a lot more detail to this history and I will take…..

Who will or what CAN I say….to who?

They believe the meteorite was an attack that came from Earth.

They told me that they suspected it was the visitors that had taught the early Earth men about fire and war that had sent the Mortus Stone (My best translation) but they couldn’t prove it.

Our neighbors from Mars look like us, but they are pale skinned.

They told us that we can never go back to earth.

They just dropped that one on us about 3 hours ago.

They also said that they are going to re-establish life again on Earth.

“Then why can’t we go back?” was the general majority question from we survivors.

“Because………you are a plague” They answered.

I knew what they were intimating….

Even if we go back to earth and never have an argument or a bad thought, we still and WILL have the capacity and potential for destruction.

Destruction of our species is painfully self evident to me right this minute, but we risk the entire welfare of our planetary galaxy and others.

Our sun is not the center of the universe.

It’s not even close.

It is in our nature to destroy they told us.

We argued that our species created great things….beautiful things….

We argued and argued, justified, clarified…TESTIFIED!!!!

I will tell you this in my first draft of a record they have requested that I keep:

We are not all there is….

There is a balance….

….Evidently, time is irrelevant…..Ha! That kills me….

You know what else our rescuers did?

They took us into a ‘museum’ on their….I’ll call it a “ship” for simplicity.

A museum that contains only sealed vials.

We all huddled around the first display, looking thru the glass like kids.

“What’s that one?” someone behind me asked.

“Life” was the reply.

“That’s not life” someone else laughed.

“How do you know what life is or is not?” said a neighbor.

“The only thing that is for certain about life on your ruined world is that it was taken for granted” They said.

“We value life!” someone at my left shoulder said petulantly.

The neighbors looked at us intently….

We looked at our feet, then back at the vial of life.

“What’s this one?” I asked, pointing to another vial and trying to kill the quiet.

“Trust has to be earned!” another shouted out.

The neighbors stood there, letting the statements drift around our heads like dying smoke.

“No it doesn’t” I said, my low whisper loud in the “museum”

I started “Don’t you see what they’re trying to get us to realize?”

I looked around at our small human race…. 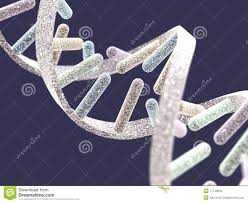 No comments, only interest.

I continued “Trust is innate, trust is a given. We are born with it. We are the ones that destroy trust. Why would we need trust if we never knew anger, fear, hate…?” I looked at the closest neighbor “Am I right?” I asked, spreading my arms.

“It is all chemical….” Is all our neighbors said before they turned….and left us to ourselves.

I’ve been thinking about that for the last 3 hours, like I said before.

There is so much I want to say, so much to explore in my heart.

So much to warn the new life coming to our planet about….

Will it even be human….?

The neighbors say that they cannot predict that…..

….They don’t know what will happen either.

I have to warn the new born…teach them…..make sure they do it right this time.

I am emotionally beat to shit…

About a new start….and how to build a world.

We all seem so…..silly now.