Brasa and Jopa had followed the sound of thunder that had awakened them.

The two cougars looked down on the devastation of the rockslide from the shadows of fir trees scattered across the great mountains side.

The mountain had moved, causing the slide that had tumbled and roiled over a mining camp leaving a trail of dust, boulders and splintered shacks.

Brasa, the older sister born two minutes earlier than Jopa, marveled in the silence that always followed after the mountain stirred in anger. Not a bird, not a squirrel….nothing.

No sound….The rocks were even silent now.

“Do you think they are all dead?” Jopa asked.

Brasa perked her ears and raised her nose slightly. She couldn’t smell anything. The wind was going away from them, coming from the mountain top down into the valley.

She and Jopa had watched the camp for a long time, ever since the new smells and sounds had drawn them when they were only cubs. Anything strange had always attracted them like the bee’s to honey.

Even though they were a year old now, their mother Smya had constantly called them back or actually carried them away from the grass eaters camp, scolding and warning them that they didn’t know anything about the grass eaters other than they smelled bad, liked to dig in the earth and cut down trees.

“You must be careful” she had said “We are not them and they are not us.”

The twin girls had listened to their mother and heeded her caution, mostly.

They could watch, but not be seen.

A shadow from above passed across the twins faces, causing them to almost retreat back into the safety of the trees, but the familiar wisp of wings settling on a boulder next to them halted their considered escape.

The giant Eagle that had landed beside them was looking at the scene below, his powerful black eyes scanning the rubble.

“….Aquila” sighed Jopa. “You scared us to death”

Aquila did not turn his head to look at the sisters, but said “There is something moving down there”

Brasa leapt up onto the boulder beside the sky master.

“Where?!” she asked, a little excited at herself.

“Next to the coyotes….” Aquila said.

Jopa stepped in front of the huge rock that her sister and the sky master were perched on, her eyes roaming across the dead camp.

“There!” Jopa whispered “I see them…right by the bend in the stream”

Brasa followed her sister’s look and saw the three coyotes sniffing and yelping around a part of the grass eaters camp that had been been pushed into the stream. 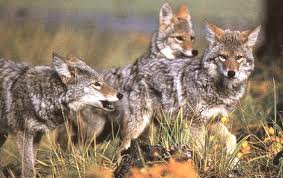 “Trash eaters….” Aquila spat this out, beating his wings in disgust.

“What are they doing?” Jopa asked “I can’t make out…” she stopped.

Then….they all heard it, even the coyotes.

The scavengers stopped, their noses in the air, hind legs bent in preparation of possible flight.

Brasa cocked her head, trying to hear better…Jopa did the same.

They heard a small cry…

The coyotes made excited yelps and split up, racing in circles, following the noises, sniffing the crumbled rocks and air as they searched for the sound.

“What!?” cried Jopa, leaping up onto the boulder beside her sister and Aquila to get a better look “What do you mean a child!?” She was excited; her
eyes wide, her voice had a nervous, almost worried tone.

Brasa jumped down from the boulder then looked back over her shoulder, the question in her eyes “Are you sure Aquila?”

Aquila didn’t answer. He spread his great wings and leapt into the sky, almost falling down the mountain side.

The coyotes saw his shadow and froze in their steps.

“Go away dirty buzzard!” one of the coyotes shouted, the other two sniggered at their companion as they returned to the search.

Aquila circled the bend of the stream slowly a few times then turned back up the mountain to where the sisters waited.

He came to rest on the boulder again and said “A grass eater child is alive…but…” he hesitated then added “There may be two of them…” his voice trailed off.

The two sisters stared at each other in stunned surprise.

Jopa broke the silence “What are we gonna do Brasa?”

“You do nothing” said a voice behind them.

The two sisters flinched at the sudden interruption of their thoughts. They both turned in the direction the voice had come from.

Four gray wolves emerged from the trees like the ghosts that they were. As soon as they came into the sunlight they sat back on their haunches…..waiting. 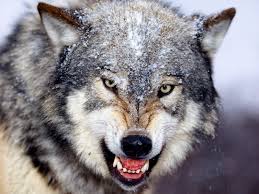 The large blue wolf that stepped from under the trees was beautiful. His yellow eyes were bright, his chest wide and strong.

Kustos turned his eyes to the twins “You two never cease to amaze me with your….curiosity” He said the word as if though it were dirt that might get on him.

Looking down into the valley now he continued “I suppose your mother knows where you are…” He raised his nose to the air and sniffed.

Jopa said “We are not doing anything wrong, we heard the noise and felt the trembles and came to see what was happening” She added for clarity “No one saw us!”

Brasa added “We knew the grass eaters were close, we thought it was them moving the mountain again”

The renewed wailing cries from below made them all turn their heads toward the sound.

The coyotes were now moving to a small clutter of broken timbers and scattered debris at the far end of the streams bend, excitement growing in their yelps and barks.

“Do something!” Jopa cried, her voice was sharp, pleading.

Aquila beat his wings in anger, his eyes flashing “Scavengers…” he spat.

Brasa took two quick leaps down across the broken rocks heading into the valley.

The voice of Kustos stopped her.

Brasa’s whipped around to face Kustos, her eyes flashed, a low growl escaping from her throat. 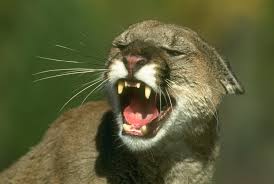 “I’m not going to just stand here and…!” she hissed, but was cut off by Kustos’ snarl.

He glared at Brasa for a moment, his yellow eyes glowing. Then, they softened.

He made a low snort then turned his head toward the family behind him, their eyes all fixed on their leader.

“Stop them” he said.

Jopa gave a hoot of joy when she saw that when the coyotes had seen the wolves’ rapid descent had decided that there were much safer places to be at that particular moment.

Aquila bristled his feathers in disgust “Trash eaters” he repeated.

One of the wolves, Brasa thought his name was Ky, loped half-way back up the hill where he thought that they could hear him better “It’s under the
rocks and trees!” he shouted .

“How many?” Aquila answered before anyone else could.

“We won’t be able to get them out” Kustos said what they all knew.

Ky looked down the hill for a moment. His three brethren looked back up at him.

Kustos looked at the twins, his eyes sad. He said “I hate to see any young thing die, even if it is a man child” He turned his great head back towards Ky saying “Can you end their suffering?”

They all heard a crack of a twig behind them.

Kustos spun around, his fangs bared and ready for action. The twins leapt apart and prepared to flee or fight. Aquila started to beat his wings for
lift then stopped when they all saw who was walking out from under the trees.

The large head brushed through the low pine boughs, its long arms pushing back the smaller branches from its broad face as it stepped into the
sunlight. 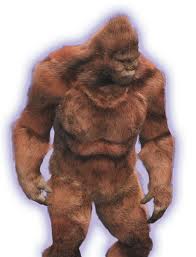 “I’ll get them” it said quietly as he stepped up beside Kustos.

Brasa said “Do you think you really can Grov?”

The Sasquatch looked at her, his huge bright eyes shining from under a concerned brow.

Kustos said “Grov, you should consider the consequences before you do this”

Kustos’ eyes followed the Sasquatch in wonderment as Grov began down the treacherous slope.

They all watched as Ky trotted beside Grov down the mountain side to the waiting pack below.

Grov began to heave large rocks and wood from the pile that Ky had led him to.

“He’s got a point…” said Aquila, his black eyes fixed on the scene below.

“You agree with this madness?” asked Kustos, his eyes on the sky master.

Aquila didn’t answer the wolf leader. He burst into the air and slowly, gracefully, glided down the mountain and landed beside Ky who was watching
Grov intently.

Jopa and Brasa gasped when they saw Grov stop clearing debris from the pile and get down on his knees, reaching into the pile and drawing back with
two little pink wailing grass eaters in his big hands.

He stood up with a child dangling upside down in each hand, holding both by a fat pink leg.

He turned to face the watchers from above, holding the baby grass eaters above his head

“There goes the neighborhood” said another voice from behind them.

Unable to be startled anymore on this strange day, the twins and Kustos weren’t surprised to see Pica roll out from the trees.

A huge, fierce looking Grizzly bear, Pica had the temperament of a butterfly.

Pica just laid there with his grin, grass and dust stuck to him as if he were a porcupine instead of a grizzly.

Didn’t they know what grass eaters could do?

They weren’t born hating, no one was born hating…..The young learned that from the older ones, the ones who should know better.

Kustos watched the twins while they watched Grov; their eyes were shining with excitement.

He noticed Aquila looking up the hill toward him….Aquila shrugged his wings as if saying “Oh well…?”

“Who am I gonna kill?” asked Smya from another boulder, not 8 feet away.

Kustos headed down the mountain, he didn’t look back.

Smya looked down from the big rock at her twin daughters….

4 thoughts on “Grass Eaters: For the Kids”