An every day occurrence

The man sat on a park bench, his elbows on his knees, fists entwined.

He paid no attention to the slight drizzle that had started to spot his shirt and pepper the concrete at his feet.

He had forgotten how to breathe again all of a sudden…

However, he has not forgotten that doctor’s face.

The doctor was just a doctor that happened to be working in the city clinic this morning.

He was not the doctor of the man’s youth.

He was the doctor that had told the man “You’re dying Mr. Grip”

You can look at someone’s face, something in their eyes….and know they are not lying.

“What…?” the man started to say, but he had forgotten how to breathe…

He marveled at the fact that he didn’t need convincing.

“The stomach pains….the blood test….” The doctor said, trying to smooth out the news for this fellow human being.

A being, the doctor knew, that would not see spring time.

The man quit staring at the doctor’s face and lowered his head, using the heel of his palm to press into his eye.

The doctor said nothing in response to this.

The doctor took a step forward and sat on the examining table next to the man, an unusual gesture of sympathy for him.

He had told other people that they were dying.

He had been professional and appropriately sympathetic to these former patients.

These were people that had no homes, no insurance, no jobs, some with families, other’s with no one back home….no prospects…..demons.

In every sense of the word, they were, already dead.

This poor bastard was alone.

Patients that came to the city clinic because “Something just doesn’t feel right….you know what I mean?”

This patient had that look, the haunted eyes…. 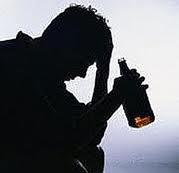 The doctor asked anyway; “Is there anyone you…”

Mr. Grip rolled his fingers slowly over the backs of his hands, “There’s no one….”

“Is there anything I can do for you, someone I can….”

“No” said Mr. Grip “I appreciate the thought”

Mr. Grip slid off the table and put his shirt back on.

He had known something was wrong.

He had been fine for 50 years, then, his stomach had begun to hurt a little bit last week….his head sometimes……

He was going to FUCKING die!

It had finally come around full circle.

He felt that he deserved no better.

He wasn’t scared to die.

People who knew that death is a certainty for them all, but choose to believe it only happens to other people.

And, like most people, he had thought about how he would handle such news if it ever happened to him.

How do you handle “soon”?

None of his extended family knew where he was exactly.

His wife and kids had a new daddy now.

His mistress had been the bottle.

She had driven him from his family, and now….

She was finally going to kill him.

Mr. Grip stood up from the bench and turned his face up into the rain that had begun to fall a little harder.

He brushed the rain from his face and eyes and started to walk down the sidewalk from the park.

The traffic light would change soon.

Mr. Grip stepped from the curb into the street.

The blare of a horn and the screeching of tires on wet pavement were the only sound on this stormy early evening.