I can’t believe this, I was just in Santa Barbara last week…..

More kids murdered because of a poor, mistreated, misunderstood boy.

There is no way to stop them.

They always go on YouTube or Facebook and tell everybody what, when and how they’re going to ‘punish’ their tormenters.

I wonder what the UCSB detectives are going thru today….

I can’t even imagine what they are experiencing.

To know that I was the officer that interviewed the kid and walked away….

The kind of stuff that only happens to other people or on TV.

“This can’t be happening…not here.”

Then, yesterday, in their town….gun shots, screaming, screeching tires, screams, gunshots…the smell of shit and blood….

Then, the phone calls….

The shooters family….that knew their child was a danger and reported him to police.

The police are not mind-readers, they are only human.

They can be fooled….

Crazy people are very good at hiding their crazy, until it must manifest itself.

“We must identify potential threats. We must seek out the mad men before they carry out their heinous acts”

That’s what they say….

We must not become a society of informers…We can’t!

If I reported everyone I thought was nuts to the authorities, most of my neighbors, the guy at the beer store and all of my family would be doing hard time on a chain gang.

“Who knows what evil lurks in the hearts of men?” 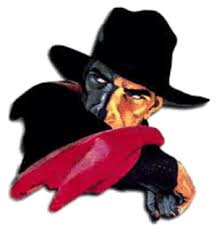 How can we stop mass murders without taking freedom and independence away from everyone else?

I was going to say “responsible for” but I reconsidered this….

I decided to try an experiment.

I put a handgun on the table in front of me, fully loaded and with the hammer cocked.

Even when I yelled at it and said bad things about its mother it never moved.

The experiment was a success.

A gun cannot kill unless you point it at yourself or someone else and pull the trigger.

I got in my semi-truck, started the motor and told it…”Kill”

I’d have to release the brakes and put it into gear.

Sure, I’d love to drive thru Baton Rouge playing bumper cars with the four-wheelers….

Not because I can’t, because I’m not capable of that level of crazy.

But, they will take our guns.

Then, we will only hear about machete, knife, baseball bats and strangulation mass murders.

Wouldn’t that be so much better…?

A crazy person will kill you with whatever they can find.

When I was in high school I was jilted by girls and bullied somewhat.

I think everyone in the world has had this experience…..EVERY…ONE.

I may have fantasized about revenge but the daydreams never went past the pugilistic .

I didn’t want to shoot, stab or choke anybody to death….well, I may have wanted to choke one guy to death but it went no further than my mind.

We didn’t take knives to school. 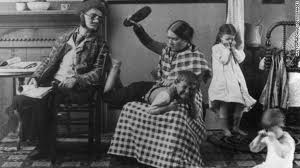 We didn’t take guns to school.

We were more than assured what would happen if caught with such things at school.

We KNEW FOR A FACT that such a transgression would reap a whirlwind of reprisal and punishment.

Violent movies, explicit sex in sitcoms, news media with a thing for only reporting death, destruction and negative bullshit?

Being worried that a teacher or your child will call family services on you because you spanked your kids butt….

Now you’ve got a record, now you will be a documented child abuser…. 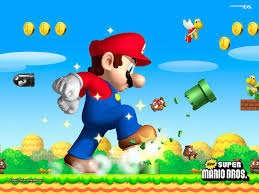 If video games are a contributing factor to real violence then I would have committed many mass murders.

Mario Brothers or Zelda will drive anyone bat-shit with the freaking princess always being in another damn castle, after you’ve spent 12 hours not eating real food, sleeping, taking potty breaks , sitting in your own filth, subsisting on Mountain Dew and Cheeto’s and then being denied glory!

The difference between most of us and the very, very, very few that go on killing sprees is that we are not crazy.

No, not mentally ill….

I have been around mentally ill people.

I have been in rehab and have undergone mental evaluations myself, back in my ‘mixed up’ days.

The only violent mental patients I ever witnessed were more of a threat to themselves than others.

I’m sure that some mentally ill people are capable of violence to others.

But from what I have seen of these poor mind-trapped souls is that they can’t even order a hamburger or put on their own clothes much less find a gun or knife to kill somebody.

That is mentally ill….

They are there….but not there.

Crazy people can make plans and they are capable of abstract thought.

These are crazy people, not mentally ill.

Illness can be cured, stabilized….controlled. 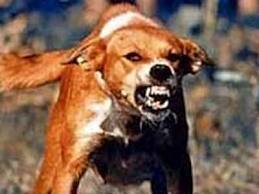 I am an advocate for gun rights.

I know for a fact that a weapon in a responsible hand is no threat unless threatened.

But, do we take away the guns to prevent crazy people from using them?

Do we take away the cars to keep people from driving drunk and plowing into a crowd or wiping out an entire family?

Do we take away knives in case a battered woman decides it’s time to leave her abusive husband?

Do we take away video games because it makes a kid believe “I could do that…”?

These poor kids died because of a crazy person….

Did I mention that he stabbed 3 of his roommates to death in their apartment before he started shooting others….running over them with his BMW?

There is a slippery slope ahead of us…..A crossroads.

I fear that this terrible incident will be the biggest catalyst of yet, slobbered over by some politicians and so-called activist trying to gain more control over our population.

They still don’t get it….[sigh]

I am sad for the families of these young people that died walking to class, sitting in the sun, talking about boys or girls….getting a mocha latte…..riding their freaking bike on a beautiful, sunny, coastal California day.

Then….a crazy person drives by and the sunlight in their eyes is gone.

I can’t, or don’t even wanna try, to imagine what the poor parents are going thru today, as I sit here in my truck, expounding in my infinite wisdom, what pain is…..

How can we stop it?

Can we stop it?

I think we have just lost the battle against gun control.

Would I give up my right to bear arms if it was proven that it would stop such tradgedies…?

That’s not even the point really….gun control I mean.

We will give up our guns….

Will it make a difference?

Not guns, not cars, not knives, not ropes, not bombs….

4 thoughts on “Murder On The Beach”