I’m sitting there, eating a pizza for lunch and this guy walks up and blows my brains out, then kills my partner!

At least my ‘padnuh’ got to shoot back at the son of a bitch before he died.

I, however, never knew what hit me.

Just for kicks, give me a chance to kill them back next time.

I will remember you bitch, I will find you next time ‘round!

There is no forgiveness here on the other side, that’s bullshit.

I never thought my day would end and eternity begin this way when I woke up this morning and kissed my wife and kids goodbye.

I was worried about getting to work on time!

I was put out because my 5 year old son didn’t cover his mouth when he sneezed.

When I was pinning my badge on my shirt this morning, I didn’t think of it as a target.

….fucking hilarious now that I think about it.

Who would’ve thought I’d get my ticket punched at a fuckin’ CiCi’s Pizza!?

Why couldn’t it have been during a bank robbery or a hostage situation or a burning building!?

Me, crashing thru the window, guns blazing….saving lives and smokin’ assholes!?

Running thru the flames and screams to save kids or an old ladies cat….

Who would’ve thought that my last memory on this earth would have been the taste of pizza and the smell of gun-smoke…?

I always joked about dying, when I was alive, that I’d die leaping out of a beautiful young woman’s window with my pants in my hand as her jealous husband chased after me, say, when I was about 70 or 80 years old! LOL!

Some crazy bastard killed me because I wore a badge. 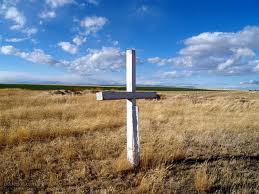 That pisses me off…

I never saw it coming.

I am not grateful for this.

I am like everyone else, give me a fighting chance, don’t shoot me in the back…

The worst thing in the world for a cop is to get shot in the back by a fucking coward, or anyone for that matter.

Cowards only make it….. MORE fucked up.

I think I was alive long enough to see my pizza slice laying on the floor right in front of my face.

I could see my blood seeping toward the pizza and you know what the last thought that popped into my head was?!

The fucking “10 second” rule about dropping food on the floor!!

C’mon Karma….I hope you are true.

I am fucking begging for reincarnation!

Dead…in our own unique experiences.

Just because I was a cop.

The son of a bitch widowed my wife and left my kids without their “daddio” because I am…or was…a cop.

Oh, that whole thing about not remembering anything and having nothing but feelings of love and forgiveness after you die….

I see dead people everywhere, and they are ALL pissed!

It’s that lady they shot at the Walmart!

Christ, I bet her family doesn’t even know yet….

I see the 2 assholes now, coming thru the veil, up to the gate!

Did my guys get ‘em?

St. Pete just looked over at me and jerked his head towards them and mouthed “It’s them…”

There is ANGER in heaven….

They are about to die….again.

I might burn in hell, but I’ll be the happiest son of a bitch there.

4 thoughts on “Sucker Punched In Vegas”