I am on vacation….

I am only going to read other peoples posts during this time.

I can’t read them while I’m out on the road because reading makes me go unconscious, which is a bad thing when you are driving an 80,000 lb vehicle.

So, I will repost my favorites and probably do a smidgen of reblogs during my paid vacation.

I will pretend that I am being paid to read posts, kind of like a critic.

I will also see how I can get more readers and followers to my awesome blog….

Oh, I almost forgot….I beat my wife this morning with a wooden spoon.

She wouldn’t get out of bed.

Video of Mean Wife Being Punished 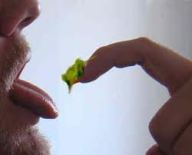 I am sitting here… (I always seem to be sitting don’t I?)

They look related, but one is younger than the other…the other…?

I don’t know what’s tougher. Trying to avoid being detected observing a CBE in their natural habitat, or being a CBE trying to elude observation while indulging in their lust for nasal epicure.

Both require a high level of skill and subterfuge.

Watcher: Optimal use of peripheral vision

For use in this legible documentary, we will assign YCBE to the younger transgressor of the nasal pilfering, and OCBE to the older (craftier) transgressor.

The boogers will be identified as…the Package (PKG).

YCBE has no skills. As with off-spring of all animalia (all genus, families…etc.,) they learn from the elder of their species. But, this is a skill that has as much acceptance in nature as say…being a sociopath.

Okay…back to the Bat Cave (always wanted to say that).

Visualize: YCBE and OCBE are sitting in a corner booth of Denny’s. Across from each other, but both facing the entries into the restaurant…like highly trained operatives. Remember Wild Bill Hickock? Never Ever…sit with your back to the door!

YCBE has no skills…he has no concept of etiquette. He is only doing what he has seen done.

He has no precision, no artful misdirection.

He goes for the gold…finds it….mines it… and prepares to refine it.

YCBE looks at the PKG. He looks around…not to see if anyone is watching, but, because He’s seen it done.

The PKG is then rolled and compressed by his fingers into the density of Iridium.

An atomic weight of approximately…well, a lot.

I am beholding the oldest form of recycling known to man.

Plop! Right in the old pie hole it goes! (There is no guilt)

I appreciate the direct approach.

I appreciate the innocence of not knowing any better.

Turning my peripheral eyes (stealthily) toward OCBE, never once breaking the entry of scrambled eggs into my portal of Yum.

I know he has seen YCBE.

The urge has been triggered…like a yawn… amongst CBE sufferers.

OCBE has already scoped his surroundings.

He knows how many people are in the restaurant.

He knows how many coffee cups are stacked behind the counter…and which ones were actually washed with soap.

He has already determined that the sunlight coming through the early morning blinds is keeping him in shadow from most angles.

This guy is good.

OCBE does the classic (over-used I believe) tactic of actually picking up a napkin…and with both hands…looks like he’s about to blow his nose.

I saw the right index finger disappear…like a cobra strike. Then re-appear.

As OCBE continued to “wipe” his nose, his PKG bearing finger stayed aloof from the others, like sipping from a pretty tea cup. (Jeez I’m getting weird)

Placing the napkin on the table…he rubs his hands together…looking at YCBE, he say’s “Let’s eat”… (I’m gonna hurl by now…peripheral vision be damned!)

I have to watch. I have to see.

OCBE has now put the napkin in his lap. He is no longer favoring the index finger.

I have lost track of the PKG!!…NINJA MASTER!!

Right before OCBE picks up his fork, he turns to YCBE…puts his hand to his mouth and gives a small cough….

Are you seeing this now?

This is my summation:

When OCBE rubs his hands together…he not only dislodges the PKG from its perch…he’s transferred it to his palms.

When the dirty bastard lifted his fist to his mouth to cough…He sucked the PKG into his face!

I know he did it.

YCBE is watching him the whole time. Learning…soaking it up, like a sponge.

He eats the bacon.

I guess most people are right…

(NOTE TO SELF: Throw away Bacon-bits)