Who would want to be the President of the United States? 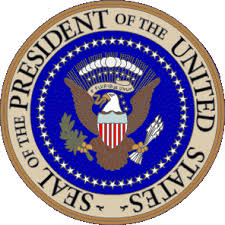 It’s like being the head chef in a 5 star restaurant, you can’t please everyone, no matter how good your food is prepared and presented.

“Ack! This Beef Wellington tastes like ass! The egg wash was obviously from a free range chicken farm in Montatna!” “Oh my god, I hate Montanan chickens!”

See what I’m getting at?

No matter how hard you try in some things and no matter how talented you are in your specific art and/or job, someone will nit-pick it to death.

The crazy part is that the one’s doing the majority of the bitching aren’t even qualified to pass judgment or even pass the Kosher salt that those Jewish people like so much!

This is my first day in the White House Briefing Room:

NSA: “Mr. President, we have an escalating problem between the Pro-Russians and the Ukrainian’s that must be addressed before we face all out war over the Crimea and the Balkan Peninsula, do you have an idea on what to do, an opinion?”

Home Land Security guy (HLS): “Mr. President, what about the border crisis, Texas and Arizona are putting tremendous pressure on the congress to get something done”

MePrez: “Bomb ‘em back to the stone age”

HLS guy: “Bomb who? The Mexicans?”

MePrez: “No, Texas and Arizona”

MePrez: “They talk funny, besides, I don’t think anyone will notice” [Me looking around the room] “Have any of you ever driven thru Texas and Arizona?”

NSA: “Mr. President” [Scratching his crotch] “What do you intend to do about the Gaza crisis?”

Secretary Of Defense (SOD): “What about the possible uprisings in Uzbekistan and Kurdistan?”

MePrez: [Sharp look at SOD] “I don’t give a rats ass what California does!”

WHCOS: “Mr. President…” [clearing his throat] “We have to address those compromising photos of you when you were in college”

MePrez: [flabbergasted] “I was young, I needed the money!” 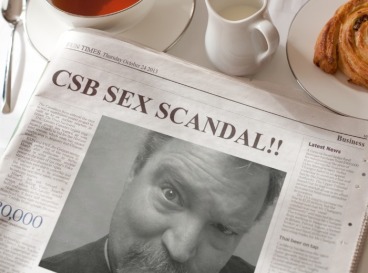 MePrez: [Realization dawns] “It was a Ted Nugent and Grateful Dead concert, you’re supposed to be naked and stoned,it’s in the rules!!”

(Nods of agreement and grunts of good memories)

See how silly that is?

Sure, I want to know what’s going on around the world, but my main concerns, like many of yours, is “Will the car start this morning?” “Do we have any coffee?” “What time is the kid’s ball game?” “We’ll have $300 after all the bills are paid, we’re going to Chuck E Cheese, Kids!”

Here is my point:

We don’t know what our leaders know, but we make assumptions based on what the media tells us.

Our leaders CAN’T tell us everything they know, but we expect them too.

We don’t vote, then bitch about who gets elected.

We have NO IDEA what our elected officials have to deal with on a daily basis.

It is called NATIONAL SECURITY and NEED TO KNOW.

Besides, our media is the worst type of spy.

Are we really this naïve?

All evidence points to…..

Our past is supposed to prevent us from re-living it, at least the bad stuff.

But round and round we go…

God, paisley and corduroy are coming back….

Freedom of the Press will die one day, it’s logical.

How can you have Freedom of the Press and expect our secrets to stay secret, it’s the world we live in.

Just thinking about it, there is no Freedom of the Press any how….

You actually think they report what they want to?

Our elected officials don’t give a shit what we hear or what we think.

Nothing better than an apathetic populous….

Some people will bitch about getting hung with an old rope…

We got it pretty good here, compared to the rest of the earth.

(Crap, was that just NewSpeak, did the Ministry of Truth plant that in my mind during a re-education session in room 101 that was subsequently wiped from my memory and turned me into an agenda spouting Prole?) 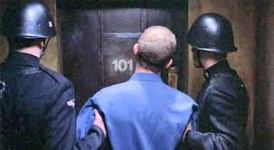 The guy was a prophet. His novel is scary and relevant as hell.

Somebody somewhere is keeping this thing running somewhat smoothly.

We can go anywhere, buy anything, waste anything and create most anything without much restriction.

Get in my semi-truck with me and I will show you a beautiful country.

I can go hundreds of miles without seeing a house or a utility pole.

Ride with me and I will show you a huge nation that works.

You try running a country one time and see how well you do….

Wanna go over that check book one more time?

Wanna program that DVR before we get started?

Our history is not perfect.

But we are still in this together and we seem to want to piss it all away.

I wonder what my grandparents thought about the “Red Menace” and possible nuclear attacks by the Commies during the 50’s?

Were they as scared then as we are now?

I guess, that is my point.

No one in their RIGHT MIND….

Maybe it takes a Mad Hatter to understand Wonderland….