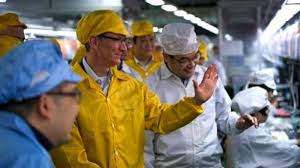 Mike: “Yes sir…!” [shouting back, waving towards a assembly line that has halted, red lights flashing on the control board] “The prototype is almost complete, you told us that when production got to this stage that you wanted to be here!”

Scene 2 [God yells over to Mary Jo] “Shut it down MJ, I can’t hear myself think!” [Mary Jo nods and hits the kill button]

[sound of machinery coming to rest]

Mr. God: “Yeah, I know, but isn’t it a little early yet?!” [looks at his watch and frowns] “You’re saying we’re actually AHEAD of schedule?!”[scratches the back of his neck]

Mike: “No sir” [points at prototype]”We just need to know if….[breaks off and motions to Gabe to come over…Gabe picks up clip board and joins Mr. God and Mike] “I need to know if Gabe and his line can get the OK to install part # 105.”

Gabe: [nods head, bites lip….flips back a couple of papers on his clip board, finds the description of part # 105]

Mike: “It’s that part that you weren’t sure about, sir, remember…You didn’t know if it would be compatible to the brain part”

Mr. God: [nodding his head…Mary Jo walks over, she is followed by Je’zus] “Yeah…I’m still not sure about it, the more and more I think about it, I don’t know if I like the whole idea of these models being able to communicate” [stern look at the assembly line] “I’m not convinced”

Mary Jo: “Sir, our research shows that it is imperative that communication between the prototypes is critical, it’s vital that they understand one another and are able to interpret and comprehend the nuances of the [MJ makes quote motions with her fingers]” language”.

Mike: [obviously flustered, obviously this discussion has taken place before] “The brain part is not set up that way, we’ve already designed the damn thing so that the optics [he makes quote thingees too] “The eyes” can pretty much translate and process the body [quote thingees again] “language” of another model”

Gabe: “The brain part is the real problem here” [looking at Mr. God] “The way you had Mike design that thing, there is no set parameters on anything” [raises his hands in wonder] “We don’t even know if the brain part will be able to control the waste disposal properly, not touch fire, not walk off cliffs, eat boogers in public or if it will do anything useful other than walk around and reproduce”

Mr. God: “That’s why I pay you guys the big bucks”[Grins]

Je’zus: “Part 105 is gonna be tricky [looks at Mike, MJ and Gabe…then at Mr. God] “No matter how hard we try we can’t get the brain part and the tongue part to jive” [points to the prototype] “The brain part is designed like a sponge, it soaks up everything it see’s, hears or smells….everything it touches. Hell, the only thing we can even get close to matching 105 with the brain part is what 105 will taste”

Mike: [shrugging his shoulders] “My department just can’t figure out the math on how we can get the brain part to process [quote thingees again] “the senses” so easily, but processing the audible language without misinterpretation or confusion is turning out to be a bastard.”

Je’zus: “I think we don’t need the tongue part, I got a bad feeling about it”

Mike: “My people looked at the design and figure that if we can just cut out the vocal unit all together and leave the tongue for tasting, It’ll be a win-win for everybody” [Mike smiles at the group looking for support]

Gabe: “I think the brain part is what needs to be looked at” [He looks at Mr. God] “The other day, during one of the proficiency drills to see where we stood as far as implementation and installation into the models, we were still getting hung up on the prototype being able to tell the difference between the asshole and the elbow!”

Je’zus: [laughs] “It was freaking hilarious watching it stare at the shit and shine-ola test!” [laughs louder] “It couldn’t tell the difference by just looking at it, so it tried to lick it, but we hadn’t installed the tongue yet!!” [Je’zus roars with laughter!]

Mike: [still serious] “Yeah….that was a set-back for a couple of days”

Mr. God: [looks around at the group of them and smiles…claps his hands and says…] “Okay! Let’s go with it like it is….Install the tongue, leave the vocals….reduce 90% of its brain function and increase the reproductional drive unit”

Mr. God: [waves hand dismissively] “Put the vocals in the head somewhere, hell, I don’t care…wherever you think it’ll cause the least trouble”

Mike: [looks at Gabe] “We better increase the muscles around the mouth and fine tune the limit switch in the brain part to keep the tongue from wagging, the lips from flapping.”

Gabe: [scribbling on a note pad] “What about the space available for the brain part, they told me that they couldn’t get it to fit all in the one spot?”

Mike: [thinking hard] “Put the extra stuff in the pecker head, it can’t cause any problems there.”

[Mary Jo looks at Je’zus] “How much are you getting paid?”

Mike: “Oh, and Gabe…….make sure to install that back flow prevention thingee somewhere between the ass and the mouth to keep the crap escaping the lips down to a manageable level” [Gabe nods and walks off]

Je’zus: “I still think the tongue is gonna cause us a lot of headaches, Mike.”

Mike: [smiles and rubs his hands together] “Yeah, but hey! The boss said to do it and he’s the boss!”

[Je’zus looks at MJ, a frown at the corner of his lips]

Je’zus: [whispering to MJ, confidential like] “If this goes bad and doesn’t work out….You know who’s gonna have to go down there and try to fix it, don’t you?”

[They look at each other with stern expressions……then smile]

8 thoughts on “Tongue In Cheek”