“The most difficult thing is the decision to act, the rest is merely tenacity. The fears are paper tigers. You can do anything you decide to do. You can act to change and control your life; and the procedure, the process is its own reward.”

There was a model fighter jet plane that made smoke and screamed… a G.I Joe with the kung fu grip and underwater gear; a BB gun, a Swiss Army knife, and a .410 shot gun.

Dear old Dad was also a very good guitar player and singer, and actually recorded a record….(that’s a round piece of vinyl with music etched into grooves)

With my dad on local T.V and radio in the South, I had several instances of meeting famous people; they wore the same shoes I did and their kids were just as noisy and cranky as my siblings and I were when it got late.

I don’t remember him once sitting down and teaching me chords though….. I learned by watching.

I taught myself the guitar, drums, bass, piano and trumpet, all by ear…well; I could read a little bit of trumpet chords.

Mostly, I learned from watching the musicians around him, when they weren’t too F’d up to show up and practice.

That happened quite a bit, believe it or not.

I guess I wanted to show him I could do it, teach myself or prove that I was talented too….

Alcoholism, addiction, divorce and self-loathing will do that to a guy.

I don’t believe I ever really tried to learn anything special or do anything where Dads scrutiny or critique might possibly be involved.

I did not test those waters.

Anyways, not beating my poor old Dads memory…Change of thought process for a second…

My mom says I used to take the blame, or something like it, for my brother and sisters, to protect them from punishments.

She said that I used to wake my brother up at night after an “accident” and change his sheets; so that he wouldn’t get in trouble the next day.

The only way I remember these things is by people telling me about it many years later.

Hell, I had no idea…I was capable of self-sacrifice….

But, I offset it of course, ass that I was.

Sexually abused, myself, I was gave the cruel to my siblings.

I don’t remember specifics or occurrences, but when someone yells fire and you smell smoke…..

I can’t seem to remember anything….

I have tried for years and years; nothing….

Don’t get me wrong…I love them all fiercely…I would kill or be killed for them.

They were the country that I would die for.

I was hateful and abusive to them.

I was hated and abused by the neighbor boys.

I wanted to be their friend.

I wanted someone to play with.

Dad was gone a lot, don’t you see?

I didn’t have anybody to protect me.

God didn’t answer my prayers and the pictures in the bible never came to life.

An angel never descended from heaven; brandishing the flaming sword of righteousness; swathed in damnation and justice; saving me from the “fucker” boys….

There was no one to tell…

How could I have said anything or tried to explain it anyway to a grown up….?

“Mama, Ricky is making me suck his pecker so I can ride his bike, is that okay?”

“Mama, it hurts when Dennis holds me down in the bushes”

How does an 8 year old boy explain that he is being tormented by his idols?

Then came puberty; then anger, then the realization of what had been happening to me.

Realizing, that these guys weren’t my friends after all.

I found out that everyone in the 6th grade knew or had been told that I was a “fag” .

Along came the inevitable next victims of sin….

I was acting out people may will say now…

I just wanted to hurt something…anything….

I was only a kid myself, you know?…..But bigger than them; just like the “fucker” boys.

I was my sibling’s hero; they worshipped me and I demanded absolute devotion.

Their big brother was different from current me…but the same guy.

Know what I mean?

I can never forgive myself for that stuff though….

God doesn’t know the depths of hell that a man can dig for himself.

Even Dante’s tragedy had a last act; non-infinitetum….

I didn’t know how to be then, being a kid and all….

I was one messed up little boy…you’ll see and understand more later, I hope.

My examples in parenting were poor indeed.

Don’t get me wrong, I am aware that all Moms and Dads are human too and have their own faults, issues…baggage?

They can’t shoulder all the blame, but take a little responsibility; don’t put it all on me to deflect criticism from yourselves!

Save your image, CONDEMN THY SON AND BROTHER!!!!

Speaking of which, I have not been a positive role model toward my own progeny, by any measure.

A good example of what NOT to do you might say.

(Extremely immature and naïve am I)

The constant, raging dragon within.

I didn’t even start to gain any semblance of maturity until I reached my early 40s’ for crying out loud!

I swear it runs in the males of this family!

Telling people what they wanted to hear, so not to disappoint or hurt them.

In all honesty…It was to keep me out of trouble or shine in their eyes. 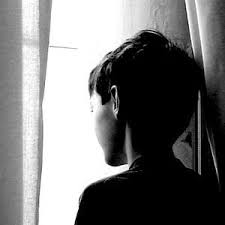 I was just a kid then.

In my misperceptions and distorted way of coping, I was sparing them and myself, I guess.

I never considered that it hurt them more to be lied to, or else I just didn’t care.

A little bit of both maybe….

What a bastard I must be…here…in this awake place.

I was unaware, or probably couldn’t have cared less about these consequences… I really can’t say.

Thinking about it now, this path was influenced somewhat by my parents.

When you’re a kid, you learn from what you see and hear….

I called it “self preservation”; at least in my case.

Most times over nothing…NOTHING!!! 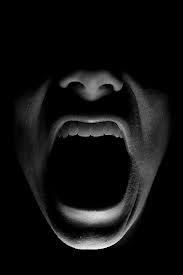 Lying was a crutch for me; a weapon to swing or a band-aid;

Lying was a tried and tested action/reaction that lasted way after leaving home.

But lying is a very, very bad habit.

You never can completely.

A boy crying wolf echoes in the valley where no one chooses to live close to you.

Alas, accepting ones faults, putting them behind you, is the road to redemption and peace of mind and soul…

Now…as a man, I know that there were lots of children that had it much worse than I….much, much worse.

Much more worse than a sane, reasoning man; limited by a religious upbringing and Georgia home town, could ever….imagine.

No, that type of horror against children cannot be imagined.

It is only created, born of true evil….

Maybe, no definitely; I should count myself lucky that all I had happen to me was getting my ass kicked and fucked.

I could have been in a more terrible place than hell…..

I remember times that my dad could be very cruel to my mom.

I don’t remember any actual physical abuse; only threatened, but definitely mental.

He spoke down to her a lot… said she was worthless and other ugly things. 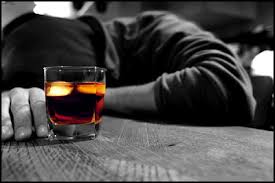 Then, he would switch (snap!) just like that, and be very loving toward her.

It depended totally on his moods or the blood level in his alcohol.

There were many moods in the dark place where BC lived.

Their Dad was different from mine…but the same guy.

Know what I mean?

I also remember mom making us pack our clothes in garbage bags a lot, because we were going to leave… go anywhere, “I can’t take it anymore!” she’d scream.

I don’t remember if we ever did.

I don’t remember a lot of stuff in detail before the alcohol came…..

It never happened, the actual moving or fleeing, when I was there.

He’d have hunted her down and killed her!

I know this without a doubt….

I will explain this absolute in the next 2 chapters, maybe….

I do recall him putting a gun to moms head in front of his friends (people who worked for him I should say) thoroughly terrifying and embarrassing mom.

That was old B.C…Dear old Dad.

In hindsight (percentage wise…60-40) he was always putting her down.

Probably to get a power fix.

I don’t know if his tenderness toward her was just for show or not.

It totally depended on his moods or whomever he wanted to display his dominance to; and of course, alcohol intake.

My mom’s the only one who could tell you that, since I haven’t spoken to her in 13 years.