I wrestle with God.

I just found out….

I suppose I knew it all along.

If I know God, which I like to think I do…

He’s always been interested in what we’re all doing down here, but not directly involved.

When he gave us free will, he threw up his hands and cried “Let ‘er rip!”

“Not my fault if you can’t get a God given gift to work!”

So, I guess I shouldn’t blame him anymore…

I’ve got to blame someone, right?

I can’t be blaming myself for things that I can’t control, right?

If God gave me life, then he kinda relinquished his ownership, right?

Maybe I should be more grateful for my ignorance.

I can always escape there.

Ignorance is my shield against truth and acceptance.

Ignorance is denial cloaked in justification.

You know what? Now that I wrote that last line it made me think….

Ignorance and free will can’t exist at the same time, can they?

Follow me for a sec as I work thru this.

Free will is innate, right?

….as deep a part of our very soul as anything could be.

Well hell, there really is not knowing the difference between right and wrong, per say;

There is no gray area in right or wrong.

There is no ignorance in free will.

And y = free will and ignorance is equal to “A”

You can’t argue with a mathematical proof….that’s science.

We know our decisions before we need one.

s disclaimers removing him from all possible liability.

I’m not gonna make a big deal out of this but, this post has been me, attempting to work thru a decision of my own.

I have decided that I have to have God in my life.

It’s completely true that it is easier living in ignorance, just not that fulfilling or rewarding.

I’m pretty sure I would have found him eventually.

I think I have always known, though.

He might not be the same God as others have in their hearts and minds; their perception, so to say, or the spiritual manifestation thereof;

I never quit believing….knowing, in God. 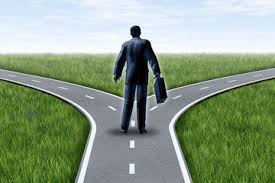 I was just ignorant to the fact that God’s not dead….

He lives in me.

He lives in us all.

2 thoughts on “God’s Not Dead Yet”