Why in the hell do we have children?

I mean, other than the fact that we have a genetically engrained drive to propagate the species and the desire to engage in hot animal murder sex….on the kitchen table, or under it.

The main reason for children is the free labor they offer when we get older and find a little happiness in a hectic world by making our kids suffer thru menial tasks.

A niece of mine is in a tumult of emotions this morning. We’ll call her “Tiffy”

Her dishwasher has clogged up; with God knows what, because her family eats like goats, and the damned thing has the temerity to not drain properly as it was designed to do.

Her 16 year old daughter (we’ll call her “Jordy”) and her sleep-over crew are sound asleep on the mattress they have drug into the living-room, on the sofa, the floor and the recliner.

Jordy and the panty posse will probably sleep until dark; since as far as we know, mushrooms and vampires are afraid of sunshine and tend to burst into flame in the light.

She is frustrated and in foreign territory.

The whole time she’s been fussing on Facebook this morning, I found it somewhat ironic and, I’m disgusted to admit, FREAKING HILARIOUS!!

You see, that’s one of the few perks to becoming a crotchety old fart.

We remember when THEY were young’uns….

Tiffy didn’t pick up after herself.

Tiffy had a penchant for pouting, shouting and stomping.

Tiffy was a savant in the art of the hissy fit.

….and she damned sure didn’t wash dishes!

Oh, Tiffy my sweet….welcome to the old people world.

I never wanted that for you.

I wanted you to stay 12 years old, forever.

But….I guess since we didn’t kill you when you were 6, you should get a chance to grow up and have little stomping banshees of your own.

And my patience has been rewarded.

“Vengeance is mine” saith the Lord.

Now….back to the sink stand-off.

She has a good mind to leave the dishes in the damn thing until it chokes or the dirty dishes eat one another after extended captivity.

But, she knows she can’t do that.

What would the neighbors think?

No….then someone would have to take out the trash eventually and it’s almost a 1 minute walk out to the curb. 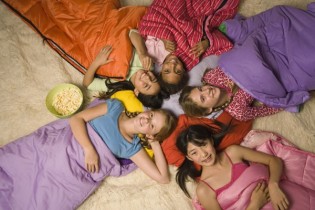 Tiffy hears some stirring from the panty coven emitting from the crypt and looks, with hope, that one of the girls was a nice kid and offer to wash the dishes.

“Mom?” grumbles a sleepy voice from under a fuzzy SpongeBob blanket….

Her hopes are dashed.

It works with the air-conditioner….sometimes.

She opens the door of the dishwasher and peers in thru the myriad of plates, glasses and pots.

Reaching into a nearby drawer, she pulls out some tongs and uses them to pull out the dish rack.

There is a small furry thing wrapped around the drain under 2 inches of a murky liquid, and it appears to be breathing.

Where did those peas and corn come from?

We don’t eat veggies in this house…

Must have been the good kid hidden under one of the blankets.

She steps back from the dishwasher and tiptoes amongst the prone blanket lumps on the floor.

She traces all of the charger cords trailing under the blankets until she finds one that “kinda” looks like hers.

She tugs on it and slowly drags her phone out of the pile of bodies.

Tiffy walks back to the dishwasher.

There is only one thing to do.

Tiffy snaps a picture of the interior of the dishwasher and posts it onto her Facebook page and types “Help me”….

Her dear Uncle Trey (me) answers swiftly, noting the urgency and desperation of my poor nieces cry for help.

“Have the girls wash them, it’s their mess”

Me – “I had to wash dishes in ten feet of snow, barefoot, walking uphill and using sand and a pointy stick; or I wouldn’t get to eat”

Not exactly true, I mean, at least the snow part….

Tiffy – “I know…we didn’t have a dishwasher when we were kids….I don’t see the big deal”

But, I didn’t bring up her “tortured” past.

I knew that wasn’t gonna fly as soon as I said it.

You see…Tiffy is a girly girl.

Me – “Use some tongs or a fork or something”

“Then I’ll have to wash them”

Me – “Well, it’s either that or call a plumber”

We should have killed the poor kid when she was 6.

Tiffy – “Wait! Josh (her husband) just replied on my page, he said he’ll be here in a minute, don’t touch anything, quit freaking out, he’ll do it!”

Me – “He’s just in the other room and text you from bed?”

4 thoughts on “Dilemma Of The Dishwasher”