Have I told y’all about the time I met John Wayne? 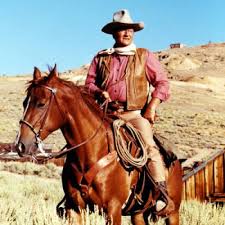 It was also the very same year of the bicentintennial birthday of the United States and the very same summer that my grandmother took us all to Disney World in Orlando, Florida and I discovered that really real magic existed in the world.

Okay, back to The Duke….

I was a Boy Scout in Shiloh, Georgia. My mom was a den mother and there were about 20 of us boys, all told.

We were at Callaway Gradens, Georgia for a Scout Jamboree and hoping to take the checkered flag in the Pine Wood derby.

There was a whole bunch of scouts there of course, from all over SouthWest Georgia, hoping for the very same sweet taste of victory and the hopeful destruction of all the other 12 year olds self esteem and future oppurtunities to see a naked girl one day. 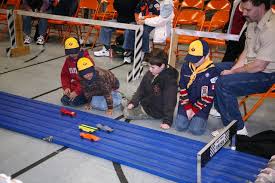 I won’t try and describe the chaos of a scout jamboree and all of the turmoil and madness that encompasses such an event when there are hundreds of boys, aged 10-12, at a lake and park, running around bat shit crazy, before ADHD or ADD or Ritalin was invented, because they never get to go anywhere cool and making their mothers frazzle and come loose at the edges.

THAT’S why they invented Xanax and Valium….

You’ve probably all been to such an event. Not the dope….the jamboree…

I still remember it, 38 years later….the jamboree, I mean.

Of course, my Boy Scout Den won the Pine Wood Derby out of a pool of dozens of other dens.

I remember that when we got our winners picture taken for the local newspaper I held the blue ribbon up in front of my face and you couldn’t see my bright blue eyes, cheeky grin or my boy scout cap tilted at a rakish angle.

I remember that they released the horde of boys into the park area to crawl over playground equipment and head for the lake. 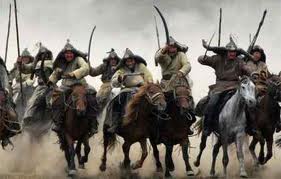 I remember that there were 2 men standing by my mom down at the waters edge as hundreds of boys in oversized bathing trunks and inner-tubes bore down on them with the ferocity and single-mindedness of a Mongol Horde hellbent on rape and pillage.

Anywho, we all rushed past them as if though they weren’t even there. We were used to seeing grown people after all and the only reason we’d pay them any attention in the first place is if they got in our way and disrupted our pursuit of wrinkled fingers and hot dog cramps.

Mom: “Trey, c’mere a sec, honey. I want to show you somebody”

Mom: “C’mere, it’ll only take a second it ain’t gonna kill ya, mind your manners”

Note: “Mind your manners” was a catch phrase meaning that I will die later if I don’t behave and do what I’m told right then and there.

I was a good boy. I understood retribution.

Mom: (pointing finger at me then at her feet) Death was near….

I followed the fingers path and looked at the 2 men thru squinted eyes.

I knew the one man. It was Mr. Brenner, my mom’s boss. He had a big horse farm somewhere near Greenville, Georgia and his house had a swimming pool!

He also had the first 2 Great Danes I had ever seen; taller than me and they had the HUGEST POOP FOR DOGS I HAD EVER SEEN!!

The other tall man I didn’t know but, he looked kinda familiar.

John Wayne grinned at me, a cigarette hanging from the corner of his mouth and said “Nice to meet you too, Mr. Trey”

John Wayne mussed my hair like a kid and pissed me off.

I pushed his hand off my head and said “Can I go swimming now?”

The grown ups all laughed…. 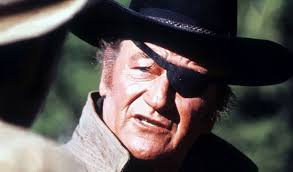 He touched me after all so, we’re pretty close.

All I remember about John Wayne is that he was very tall and poked into the sky like a big tree.

I remember his eye squinting from the smoke off his cigarette when he bent down to shake my hand.

I remember he blocked out the sun….

I remember how big his hand felt and how strong he was when I tried to push his hand away and he didn’t give in. He just kept mussing and pushing down on my head as if though he was a crazy uncle or aggravating big brother picking on his little brother.

He even gave me a little shove as I broke free and headed to the lake shore.

John worried about me all the time.

She wasn’t even there and she still got John Wayne’s autograph!!

Anyhow, I didn’t fully appreciate that particular moment in my life when I was 12 but I did within the year, when my Dad showed me the guy on TV. He was a Green Beret…

Dad: “He’s not in the army, he’s only in the army in the movie” (I was very naive. I actually spent more time outside than in front of a TV back then)

I gave the autograph to a dying friend some years later….

I never got it back.

My friend thought it was cool that I had a John Wayne autograph.

Me: “That’s okay, I can hardly remember him anyways…”

I thought it’d be cool to tell y’all about it and revisit my own “shadowy” past with famous icons….

I’ll tell ya about Dale Earnhardt one day….