You never really see the flash of light when you’re killed on a roadside in Iraq….or so the dead soldiers tell me.

No, don’t start with me. I’m not like that kid on that movie.

I REALLY DO see dead people.

This is what I’ve learned from lost souls that go bump in the night….

You “think” you see something out of the corner of your eye but all you really feel is barely a millisecond of the sonic punch against your body, the feeling of…..how can you describe it?

You never knew what hit you?

A flash of pain? Nausea? Taste of blood in the back of your throat? Is that dirt in my mouth?

They had no idea they were being killed.

They all tell me that.

That there was a bright light, a sense of relief; not the kind of relief that you’d figure, I asked them that.

They said “No”, not the feeling of ‘Thank God, I didn’t go to hell” but more like “Thank God, I made it back”

I swear that’s what they tell me.

Let me tell you about one instance:

The I.E.D that was hidden beneath a dead dog on the isolated dirt road outside of Fallujah that killed Private Lykes was so powerful, that his physical body left this earth as a fine red mist mixed with fire and impersonal ripping steel.

There were 6 other troops that followed him into the sky at the exact same moment.

They never knew what hit them either…but still…..

I imagined a queue forming for the entry line at Saint Peter’s gate that morning.

No blood, no guts, no screaming.

There was also a delay in the phone call to 221 Edgrum Farm Road Bristol, Nebraska.

Here’s what he told me:

He walked up to his front door about 5 minutes after he died, he figures, but it seemed quicker to him.

He was home, so he just went in,  you know, like usual normal stuff.

He stomped his feet on the Cornhuskers welcome mat. He grinned a little, glad that he was in clean uniform gear. 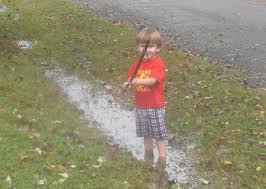 He said he still wasn’t quite sure what was going on or what had happened but, he felt….reassured that he was ok….that stuff was “okay” that everything was….”cool”

All the other boys that had reported to the Gate that morning had no idea what had happened to them either but, they all basically said that they were all “cool” “good to go”.

They had all been a little upset and angry, to say the least, about not knowing that they had been killed.

I told them to be glad that they hadn’t suffered.

I’m such a hypocrite…..who am I to try and bullshit these kids?

I guess it’s okay to be a hypocrite when you’re trying to make someone feel better.

There is no truth in the fact that there is no anger, hate, and bitterness in heaven; especially standing outside the Gate where most everyone is trying to figure out what in the heck is going on, what happened and arguing amongst themselves…

Some of the people in the line know they’re dead, others don’t…

Private Lykes wiped his arm across his face. He thought he could still smell the cordite, steel and blood, although his gear didn’t show it.

He was grateful for that at least, he didn’t want to upset his folks…

He was very glad that he was home, if just for the moment, because not everyone got an opportunity to say goodbye.

The man that had met them at the gate had taken pity on the small group of Nebraska National Guard troops.

You see…they had just got off the plane outside of Fallujah.

They had never fired a shot in anger or protest…never actually set foot on enemy soil.

They had been on their way to a staging center when the tiny man with crazy eyes and sweating brow killed them with the hidden mortar shell and a Trac Fone.

None of the troops were over 24 years of age.

Private Lykes was 18….and still a virgin.

He walked further into his childhood home.

He remembered that he had just been here 3 weeks ago.

His mom would probably think he had either forgotten something or went AWOL before actually getting on that plane. LOL!

He looked down at his dusty boots.

Crap….Mom was gonna kill him….

He thought about that for a second and realized how stupid funny that had sounded….and not.

Maybe his mom wouldn’t freak out if he walked across the carpet.

He moved silently to the kitchen door and looked in at his parents; their backs were turned to him.

His mother was washing the dishes, his dad was rinsing, this time.

Private Lykes smiled to himself, wondering why his dad was in trouble……

Mom alaways made his Dad stand next to her at the sink and assist in the “womans work”, as dad would say, when he was in dutch.

“Hey guys!” Private Lykes yelled to his parents backs, they hated that and he loved it!

Dad jumped and turned first, a look of “oh shit!” surprise crossing his face as Mom jumped and turned with a more questioning and “I’m gonna beat that kid” look….you know how mom’s look at their kids when trying to decide whether to kill them or hug them.

That look….kinda hilarious, really. For a fleeting second, He wished he had a cell phone to take a pic of their faces….He laughed.

“Michael…?” his mom said wiping her hands on his dad’s shirt-sleeve “What’s wromg?”

Dad pulled his wet arm from his wife’s grasp laughing, saying “Woman, cease!I am not a dish rag”

Mom started to ask him “What are you…?” but something went out of her face.

She had stopped when she saw tears in her son’s eyes. Dad looked at him, searching “What’s wrong Mike, did something happen?” “Why aren’t you…?

The Man that had met them at the Gate that morning stepped around the corner of the kitchen door.

Mom and Dad were surprisingly, not surprised…or alarmed….

The Man came up behind Private Lykes and placed his hand on his shoulder.

Dad didn’t seem to notice that his wife’s wet hands were digging into his arm now, almost drawing blood.

“No” his mom hissed…”No…No…” she started to cry, her fists clenched to her lips.

Mike didn’t look back at the Man.

He slowly, almost fearfully, walked to his parents and fell into their arms.

They caught their son!

The arms that held him when he had learned to walk, the arms of the mother that had taught him to dance in the living room so he wouldn’t embarrass himself at the prom. The arms of his hero…his Dad, the dad that had taught him to play football in the cornfield behind the house, the arms that had held him high above the crowd to see their Cornhuskers “Fight Fight Big Red!!” they had all shouted at the tops of their voices…

They all stood there together…trembling, holding on to each other, crying, sobbing, gasping, squeezing, oh my God they were saying goodbye and not wanting to….

“No one from the Army has called y’all?” the young soldier asked, his voice muffled in his parents hair.

The Man from the Gate watched too…..and he wept.

He had been alive once, here, on this earth, as a living, breathing man.

The Man from the Gate suddenly realized he was getting angry…..this was so unecessary, so unfair for these nice people to have to go thru all OF THIS CRAP BECAUSE PEOPLE COULDN’T GET THEIR SHIT TOGETHER!!!

The Man took a deep breath and wiped the tears from his chin.

Private Lykes’ mother slowly pulled her wet face from her son’s chest and looked up into her sons face,

”Did he suffer?” she was looking into her sons eyes, but directed her question to The Man.

“Why not ask me…?” Private Lykes’ grinned at his mother, acting jealous.

“Because “HE” wouldn’t…..can’t….lie to me” she replied as she wiped her sons wet eyes, smoothing the tears from his cheek…

Now, She was staring at her hand that was resting over her son’s heart; quiet……quiet.

His Dad was holding his sons hand as the young soldier began to fade away. “I just wanted to come by….and tell you guys goodbye.” he said.

Dad winked at him, giving his son’s hand a hearty, hearty handshake.

The Man walked over and put his arm around the young soldiers shoulders.

“You promise…?” his mother asked the Man, her trembling hand reaching out towards the Man.

“I always have, Monica” replied the Man, taking and squeezing her hand in his.

“Bye Mom…Bye Dad” Private Lykes said, giving his dad a half-hearted mock salute and a return wink that had a tear in it.

The phone began to ring and drew the eyes of the parents to it.

Monica and David Lykes turned back to say goodbye to their son.

The Man, was gone.

There was a glowing new rainbow magnet on the fridge.

Mrs. Lykes put her fingers to her lips and asked “What…?”