“Why not? Do you think anything works for abusers? Not disputing just want opinion”

“But don’t you think that along with teaching them to deal with things in another way would also help?”
Me: “Not with anger”

“Here’s another question;
If you really can’t change a pedophile( at least on this side[mortal existence] ) can you teach them to control those urges? Or will they just offend again? I mean can you really control what someone is truly attracted to? Just an Opinion, these are discussions at work.”
Me: “No, you cannot change them.”

” I know but what makes them act on it when mentally they know if they get caught it’s prison time. Can they be taught to control that urge?”

I thought about it and have been for about a week.

A man hits a woman, not only a woman, his wife.
He did this because he was angry.

I have been angry lots of times.

I have beaten many a woman senseless, in my mind.  I have bitten my lip and had my tit in a ringer, and probably been murdered mentally myself several times by psychotic women and theoretically left to rot in the deepest, darkest bowels of hell….right next to my ex-wives….

I have never laid my hand on a woman in anger (after the age of 3; as far as I know)

I cannot conceive doing it.

I don’t even think I could make myself physically raise my hand to do it, no matter how much she’s asking for it or deserves it…. JK.

The difference is, that anger is only an excuse. I don’t care how mad a man gets, A MAN DOES NOT HIT A WOMAN.

I was taught that way.

The sad reality is, that there are broken people in this world, fucked up people.
Something just ain’t right in their head…soul…heart?

I’m really thinking on this.

I’ve been angry, lots of times but, I ain’t never hit nobody.

Like I’ve said, I’ve wanted to “nut-up”plenty of times but, the difference is that I have that barrier….the one that keeps the crazy inside.

Yes, my mind can be a slaughter house sometimes but, it stays there.

I yell, I scream, I break cameras and I throw hissy fits.
But, the crazy stays put.

Makes my skin crawl just writing about it.

This particular crazy does not exist in me. Thank God

Therefore, I will say only this, from a normal heterosexual man’s perspective:
If a pedophiles attraction to his child victims, in all honesty, is as strong as mine can be for my Honey Biscuit(wifey), then there is no rehabilitation for them….the monsters, I mean.

The reason they can’t ignore it…..stay with me here…

Because, to them…the monsters… it’s sexual.

It’s fucking and sucking and…….

Do you see what I’m doing?

To the pedophile, their desire is sexual.

Now you know my meaning.

I’m sorry to put it this way; so crude

Now, go take a shower, scrub really good, go read your bible for a bit and ask God to watch over us sinners; then come back and finish reading this.

They ARE monsters you know, the baby fuckers. They are not people. They are Monsters.

I was a cop once, I have seen a few things that would make you question our species. 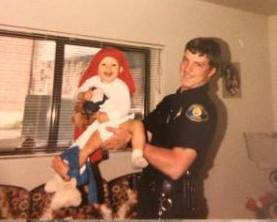 Trust me when I say this, THERE IS NO HELP OR REDEMPTION FOR CHILD MOLESTERS.

A baby raper cannot be healed, changed, reformed or made normal.

You can see it in their eyes.

Secret places where they kept trophies….memories…….

A warped sexual fixation is a horrible, ugly, terrible thing.

In a perfect world, the world we all wished we grew up in but, unfortunately, most of us were sexually or mentally abused by an adult when we were kids….

I just thought of something…..

How come we all have a clear vision in our minds of what a happy and healthy family should be?

Have you ever really seen one? Or is it just a dream or maybe a TV show that made our eyes all misty and gave way to wish making under our breath. 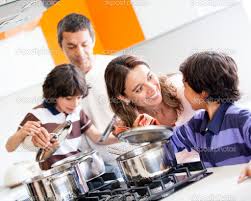 One of the most righteous and knowledgeable men I ever knew ended up in prison for, I think, 15 years for abusing a 12 yr old step grand-daughter; then found out the state also charged him for past acts against his own daughters, occurring more than 10-20 years previous, one  of these daughters of which, happened to be my wife at the time.

We were married for almost 8 years and had 3 babies; she never told me anything….

There was a monster in my home and I never knew it.

Oh yeah, in hindsight all of the markers of a monster were plain to see but….

I think I have seen and met some happy, healthy families but, as I have grown older and wiser I have realized something else.

No one lives in a glass house, and they all live behind closed doors.

Does Daddy hit Mama when he gets mad?

Does Daddy or Mama lock the door and take a really long time to tuck in a certain kid that won’t talk much during the day and hits kids at school?

Is Daddy angry a lot?

Is Mommy a monster?

Am I a monster?